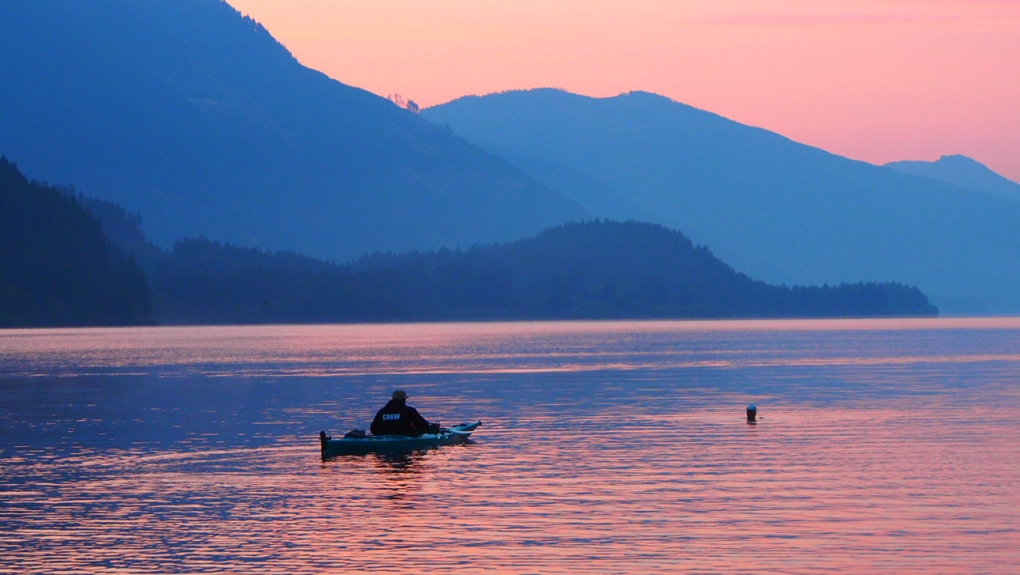 As dusk settles over the city, and other people head indoors, Susan Simmons wades into the chilly waters off Oak Bay, to settle in for a long swim.

She has been relentless in her training.

On Aug. 1, Simmons plans to attempt a double-crossing of the Strait of Juan de Fuca.

If she succeeds, she will be the first person ever to swim both ways, back-to-back.

“I have done the distance before, I've done 70 km, but I haven’t done it in water this cold. This water is between 10 and 12 degrees Celsius,” she said.

Simmons won’t be wearing a wetsuit, that’s why she has spent so many hours swimming at night, in all seasons.

“You train for it, I trained at Willow's Beach throughout the winter. Just jump in without a wetsuit and keep swimming, your body acclimates,” she added.

She estimates swimming from Victoria to Port Angeles and back to Victoria, could take 24 hours.

During that time Simmons has to be extra vigilant in listening to her body as she fatigues because she has Multiple Sclerosis.

But that extra challenge to her swimming, is also what pushes her forward.

“When I was first diagnosed, I was told, 'Don't exercise' and I found out that wasn't the right way to go for me. Exercise has actually been very beneficial, so I'd like to share that message with other people that have MS,” she said.

It takes more than training and sheer will to make this swim happen. It also takes a support crew of 10.

As swim director and lead observer, MJ van Bergen is responsible for the safety of Simmons and the entire crew.

She’ll also document every detail of the swim, every half hour. Van Bergen has to note all factors, from the air temperature, to wind speed to what Simmons has eaten, so the swim can be officially recognized when it’s over.

She said there is only one word to explain how Simmons can accomplish so much.

She said they are a major source of her determination.

“I watch what the athletes in special Olympics aspire to do," Simmons noted.

She is watching the weather carefully. If it’s windy, it will be too dangerous to attempt the double-crossing, so the crew has a half dozen potential back-up dates identified.

Assuming everything is a go Aug. 1, Simmons said she is confident she can accomplish her goal.

“I feel really good about the swim. I never say that I'm going to make it because you just don't know. It's a huge swim but I think I've trained properly and I'm ready and keen to get into the water.”