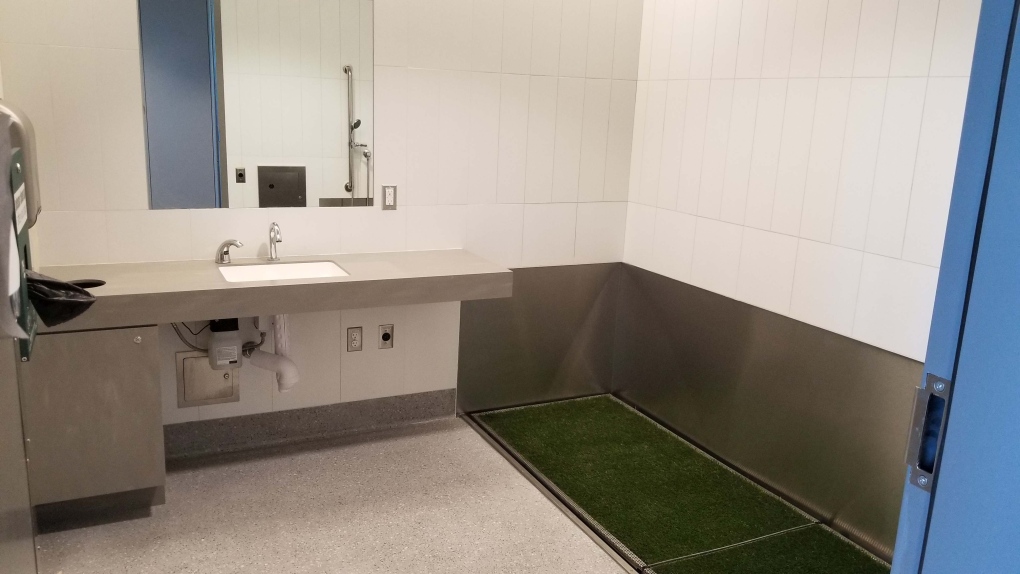 VICTORIA -- A new washroom block has opened at the Victoria International Airport, which features a unique pet relief area.

The new washrooms opened in the lower passenger departure lounge and feature amenities like a family changing room, an adult changing room and a pet relief area.

The bathroom facilities are part of a large $19.9-million expansion project planned for the airport’s lower departure lounge.

Besides the new washrooms, the project includes expanding the size and maximum passenger capacity of the departure lounge, installing new food and retail spaces and increasing the number of aircraft gates and covered walkways.

The final phase includes demolishing the former washroom facilities and the current family room space so that a new family room can be created. Underlying server and cabling equipment will also be relocated during this phase.

The entire expansion project is expected to be complete in approximately one month.