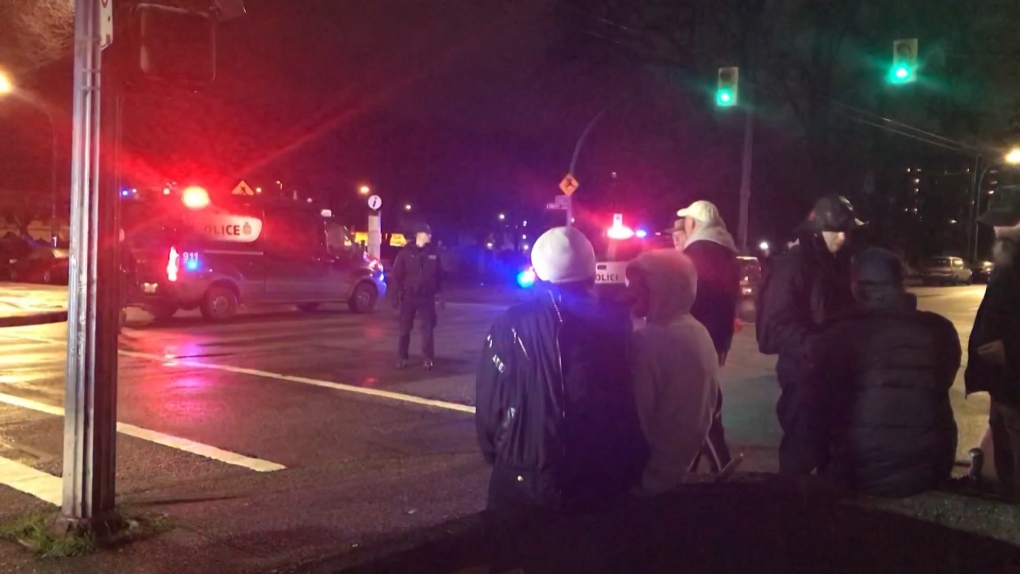 Police shut down several streets in the area while responding to the shooting, and numerous officers and vehicles could be seen at the park. (CTV)

VANCOUVER -- Vancouver Police is investigating a shooting that sent one man to hospital at a homeless camp on the city's Downtown Eastside.

Spokeswoman Tania Visintin says police were called to Oppenheimer Park around 5:30 p.m. on Thursday and found the victim suffering from a gunshot wound.

Visintin says the investigation is ongoing and no further information is available.

In October, a 53-year-old woman who was visiting a man staying at the Oppenheimer Park encampment was seriously hurt in a shooting that police say happened not far from the homeless camp.

The Vancouver Police Department is warning of a significant increase in weapons, violence and calls for service at the campsite as gangs compete for territory in the park.

Police say they recently thwarted a murder plot by arresting three street gang members who were allegedly planning to kill a rival drug trafficker who operates in the area.