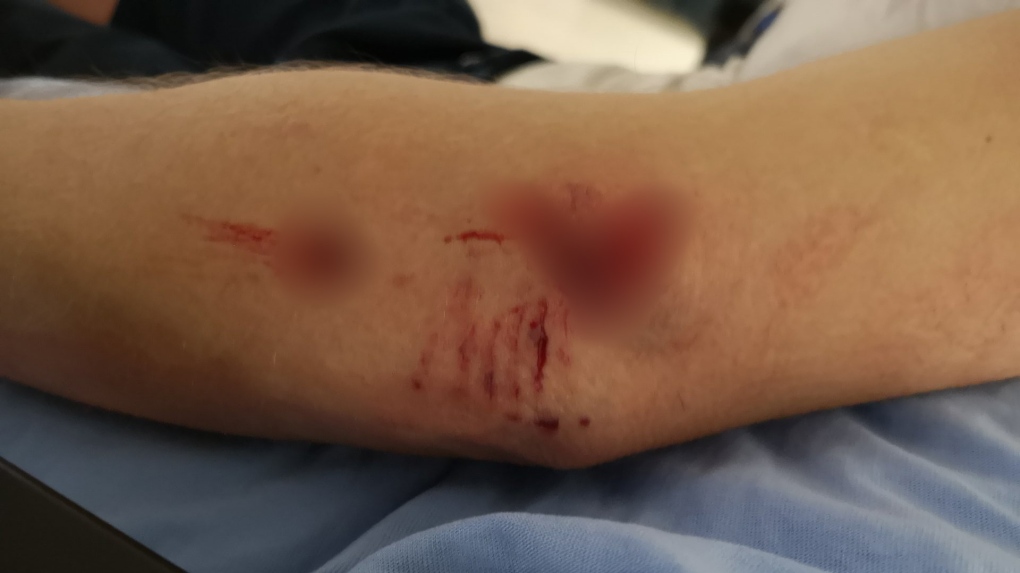 Images of the mail carrier's wounds have been censored due to their graphic nature: (CUPW Victoria Local 850)

VICTORIA -- A Vancouver Island postal worker's holiday rounds ended with a trip to the hospital after a serious dog attack Monday.

The postal workers union on Southern Vancouver Island says a Saanich mail carrier was delivering an item to a home when she heard the homeowner speaking to a dog inside.

The postal worker was required to get the homeowner's signature to complete the delivery of a package, causing her to wait for the door to open.

As the door cracked, the mail carrier noticed the dog was behind some type of barrier. The mail carriers union tells CTV News the barrier did nothing to stop the animal from attacking.

“The dog came out of the house and was between the carrier and homeowner and bit the carrier repeatedly on the arm,” said Jessica Dempster with CUPW Victoria Local 850.

The homeowner was eventually able to free the woman from the attack. The union says several neighbours then came to assist the postal worker and help get medical attention.

The victim was then transported to hospital for treatment.