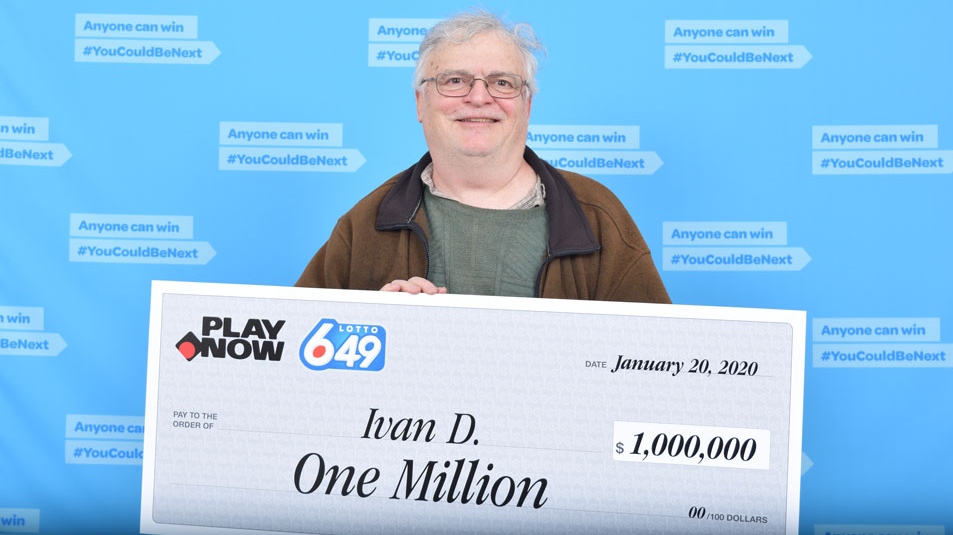 Ivan Dubinsky, who began playing the lottery in the fall, found out he won the life-changing prize via email. (BCLC)

A Port Hardy lighthouse keeper is planning to retire now that his ship has come in.

Ivan Dubinsky matched all 10 lottery numbers in the Lotto 6/49 draw on Nov. 27, winning the $1-million prize.

Dubinsky began working as a lighthouse keeper more than 20 years ago, looking after the lighthouse and issuing weather reports to aircraft and ships nearby.

Dubinsky wasn’t the only Vancouver islander to earn a windfall lately.

Nanaimo’s Crystal Giesbrecht had only been playing the lottery for a week and a half when she matched four numbers, winning her approximately $500,000 on Jan. 15.

Giesbrecht was at home in the early morning getting ready for work when she found out she won, according to BCLC.

“I checked the ticket and it said $500,000,” she said. “It was so surreal. I woke up my daughter and then I woke up my parents and then I went to work right after. I felt sick all day that day!”

Giesbrecht said she’ll use the winnings to pay off her car and will continue to work at a Nanaimo credit union, though she’ll be taking a vacation, possibly to Mexico, for her birthday in March.

Dubinsky, who began playing the lottery in the fall, found out he won the life-changing prize via email.

“When I got that e-mail, I couldn’t believe my eyes, I wasn’t sure whether to believe it or not,” he said.

Dubinsky was unable to get leave from the lighthouse for two months prior to recently coming to BCLC’s Vancouver office to claim his prize.

“I’ll slowly begin the retirement process, give some of my winnings to my brothers and sisters, and possibly buy a home in the north part of Vancouver Island,” said Dubinsky. “Though I may still want to be a relief lighthouse keeper.”