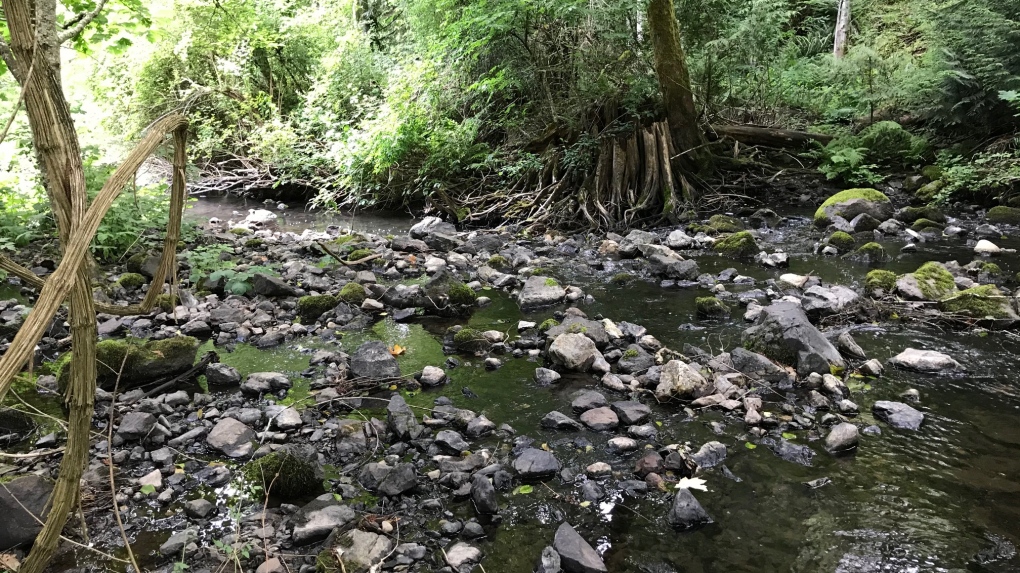 A Vancouver Island conservation group is working to build a "fishway" that connects the Millstream River with upstream salmon habitats: (File Photo)

VICTORIA -- A Vancouver Island conservation group has received hundreds of thousands of dollars in government funding to assist with a salmon and trout conservation project.

The Peninsula Streams Society will receive $300,000 over the next two years for their Millstream Fishway Project, which will allow fish to move up to and through a large culvert under Atkins Road near Mill Hill Regional Park.

The “fishway” will give resident trout and spawning adult Coho salmon access to over eight kilometres of habitat upstream.

Funding for the project is coming from the government of Canada and the B.C. government. Both levels of government say that the protection and restoration of wild fish stocks and habitat are a priority.

“Creating more sustainable fisheries is a priority for Canada and British Columbia,” said Bernadette Jordan, Minister of Fisheries, Oceans, and the Canadian Coast Guard in a statement Monday.

“We’re taking decisive action now to protect and restore our wild fish stocks and their habitats across the province. The investments we’re making through the British Columbia Salmon Restoration and Innovation Fund will move us closer to our shared goal of thriving, sustainable fish habitat and fisheries for today, and for generations to come,” she added.

The Millstream River flows through the Highlands, Langford, Colwood and View Royal according to the organization’s website. The society says that multiple projects have improved fish habitat in the area, and that more than 700 salmon returned to the river in 2016.

But, the Peninsula Stream Society says that more needs to be done.

The conservation group says that the fishway will help fish get past the culvert at Atkins Road to access a series of stepped pools upstream.

In addition to the government funding, the society has been hosting ongoing fundraising efforts for the project. Further details on the fundraising campaign can be found here.

The B.C. government says healthy, wild fish stocks are vital part of the province’s ecosystems, the economy, coastal communities and are a fundamental part of many Indigenous cultures and livelihoods.

The British Columbia Salmon Restoration and Innovation Fund (BCSRIF) is a 70 per cent federal, 30 per cent provincial cost-shared program. The government of Canada is investing $100 million over five years and the province is contributing $42.85 million plus a one-time grant of $5 million for the Pacific Salmon Foundation. The federal government also provided a one-time investment of $5 million for the Pacific Salmon Endowment Fund.

More information on the government funding and on how to apply ya conservation project for funding can be found here.