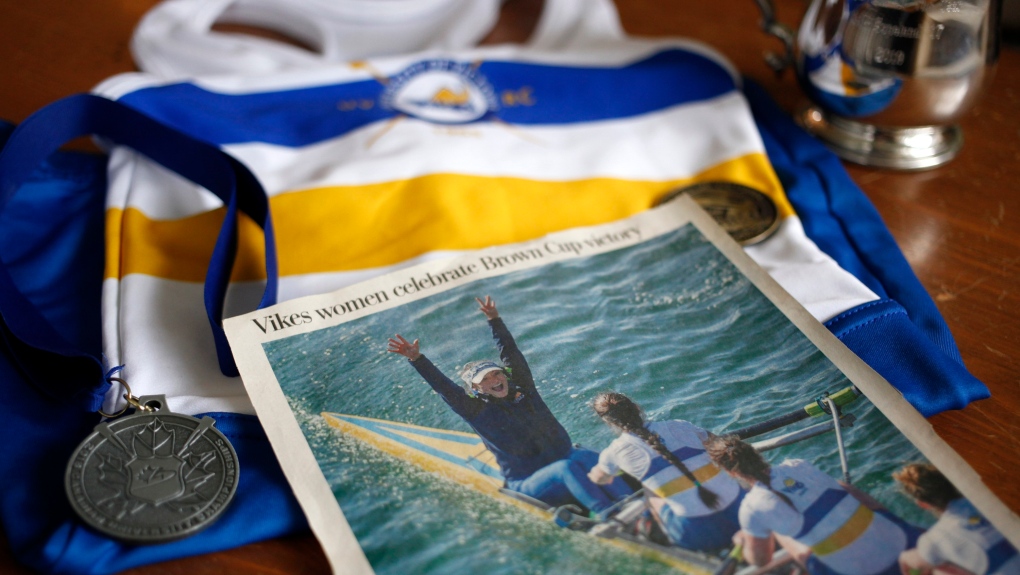 VANCOUVER -- The University of Victoria and the head coach of its women's rowing team have denied allegations of demeaning and aggressive treatment made in a lawsuit filed last summer by a former student and team member.

In a response to the civil claim by Lily Copeland, Barney Williams and the university say the training environment during the 2018-19 season was not hostile and the coach's communication was always professional.

The defendants say the training was “competitive and rigorous intended to foster the athletic abilities” of Copeland and the other coxswain.

They say Williams' communication with Copeland was “respectful and appropriate for team coaching designed to maximize performance.”

Copeland's statement of claim filed in British Columbia Supreme Court alleges Williams would berate her inside a locked storage structure known as the “sauna,” standing close to her and speaking aggressively.

It says Copeland suffered injuries including stress-induced physiological symptoms and lost self-esteem, while the university failed to provide her with a safe training environment.

None of the allegations has been proven in court.

“At no time did Williams ever have a meeting with (Copeland) in any locked room, including the sauna,” says the defendants' response, filed in November.

“While Williams would have debriefing meetings with (Copeland) and others,” occasionally in the sauna, “they were always professional, objective, and constructive intended to provide feedback,” it states.

“The door is often kept closed to retain heat ... but other athletes and coaches would regularly enter the room at any time.”

Copeland alleges in her lawsuit that she was often late or missed academic classes as a result of the so-called “sauna episodes,” while the team's assistant coach, Sam Heron, took steps to comfort and shield her.

Heron's actions included waiting outside the door and escorting her away from practices, according to the statement of claim filed last July.

William's response denies Heron took any of the alleged actions, but says if she did, she did not advise Williams of her concerns.

The coach also denies allegations that he criticized Copeland's weight and that he told her to “toughen up” in relation to her mental health.

The lawsuit alleges the university failed to train or supervise Williams properly, failed to adopt appropriate coaching standards for varsity athletes and failed to take adequate steps when Copeland complained informally to the associate director of sport in October 2018. She later made a formal complaint through the university's equity and human rights office.

The school hired an adjudicator who found Williams' behaviour did not breach the campus discrimination and harassment policy.

The university has since implemented a professional code for coaches and added various resources to support student athletes. It also hired a director of varsity performance sport last fall to oversee varsity athletics “with a clear focus on safe sport,” it said in an update posted online in December.

Copeland's lawsuit argues both Williams and the school owed her a duty of care to provide safe environments for learning, training and competition.

The non-adoption of national U Sports and Safe Sports guidelines does not constitute negligence on the school's part, the response to her lawsuit says.

The defendants deny that Copeland suffered from any of the injures she claims and assert “no circumstances existed or were known to (the university) that (Copeland) was ever suffering harm,” it says.

Copeland “has not been harmed by her experience at UVic, nor from her relationship with Williams as her coach as alleged or at all,” it says.

The response also points to a series of seemingly cordial text messages between Copeland and Williams in December 2018 and January 2019, as well as a thank-you card she signed at the end of the 2019 season.

Copeland expressed “moments of performance anxiety for which she sought and received support,” the defendants say, denying the allegations that Copeland told Williams she was scared of him and that their interactions had significantly aggravated her mental health challenges.

Rowing Canada is also conducting an investigation into Williams.

This report by The Canadian Press was first published April 9, 2021.