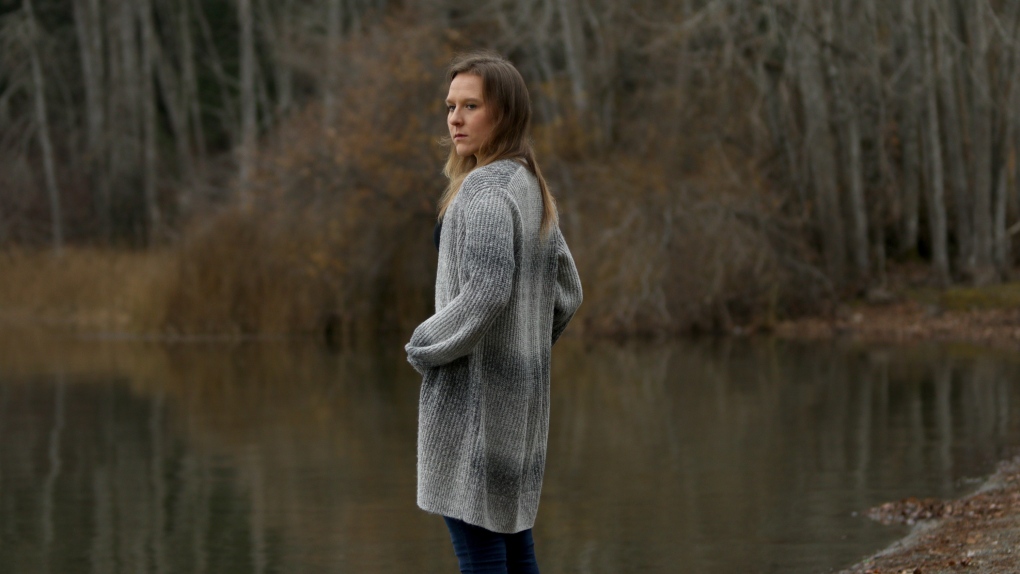 VICTORIA -- Sarah Craven had her sights set on the Olympics. The 21-year-old was the top lightweight in the University of Victoria rowing program at the start of the 2018-19 season and she says her new coach, Olympic silver medallist Barney Williams, could tell she was eager.

But as the season progressed, Craven says she noticed there was an “inside” and an “outside” to the program. She found herself on the inside, where she says she fielded calls from Williams about what her teammates were doing wrong - information he'd use to “torment” them - and she watched as he berated or ignored others and banished some from the water entirely.

“I feel so guilty that I didn't do anything and I didn't protect my teammates,” Craven says. “But at the same time, I kind of needed to protect myself because I wanted to go to the Olympics.

An adjudicator hired by the university finished an appeal process last month after three rowers and an assistant coach accused Williams of verbal abuse and harassment. The school warned students in a letter they could face disciplinary action if they breach confidentiality, so they have not spoken publicly about the outcome. Williams is still head coach of the team.

Now, three more rowers have come forward to The Canadian Press with complaints about the coach and criticism of the university's handling of the case. The athletes, including one who says Williams's comments drove her to extreme methods to lose weight, say the school must improve its policy for dealing with complaints, establish a clear coach's code of conduct and curb the secrecy around probes.

Williams says in a statement that he has fully engaged with the university process, which he feels provided a safe and fair opportunity for all parties to participate.

“I respect the importance of confidentiality in that and any other process,” says Williams. “Unfortunately, I am still unable to provide comment on these matters.”

Several rowers coached by Williams, including four current or former members of the University of Victoria women's team, have defended him as a dedicated and inspiring leader.

The university's Equity and Human Rights Office says its discrimination and harassment policy is scheduled for review starting in January and there is “always room for reflection and change.”

The school, whose teams are named the Vikes, adds that confidentiality is part of a fair and judicious process and its athletics department is developing a coach's code of conduct that aligns with the principles of Safesport, an internationally recognized philosophy meant to prevent abuse.

“Vikes athletics takes the allegations about coach Williams very seriously and has complied fully with the impartial and confidential process overseen by our Equity and Human Rights Office,” says athletics director Clint Hamilton in a statement.

“We know there are areas where we can make improvements. Our goal has always been to provide an environment that supports high-performance athletics and is free of bullying, discrimination and harassment.”

Natalie Martin, 19, joined the team last fall. She had been rowing for three weeks when Williams pulled her aside and said she wasn't “getting it” as much as the other women, she says. She says she was placed on “land squad,” a group that only practised on rowing machines without coaching.

Craven and another team member, Chanel Mandap, recall Martin being on land squad. Craven says the group was fast and competent enough to be in boats but once a rower was exiled to land squad, it was difficult to get off it.

When Martin returned to the water several weeks later, she hadn't had as much practice as other novices and Williams picked on her more, she says. On one occasion, she says he shouted that she wasn't pushing hard enough and told everyone else to stop rowing while Martin rowed in circles.

She says she was pushing as hard as she could and felt embarrassed in front of her teammates.

Mandap says she remembers the incident and while the drill Williams was using can be helpful, his way of going about it was not and she could tell Martin was becoming tense.

In December 2018, Martin met with the coach about her performance and she says he told her, “You're not built like the rest of the girls,” and “Too much weight in the boat weighs it down and we need speed.” She says the message was she was heavier than others and slowed down the boat.

Martin is tall with an athletic, muscular physique that has always served her well in competitive sports, but she says she has struggled with body image her whole life.

“It was like someone had reached inside of me, taken out my deepest insecurity and showed it to me,” she says.

Mandap says she remembers Martin telling her about Williams's comments after the meeting.

Martin says she began eating fewer than 1,200 calories a day while training hard twice a day, likely burning as many calories as she was consuming.

The young woman was back on land squad and weighed herself before and after every workout, staring in dismay at the scale. She says she sometimes felt light-headed and suffered panic attacks.

“It put me an awful state mentally. I started developing a lot of anxiety symptoms surrounding it,” she says. “I'd have awful sleep and wake up in the morning for practice and be absolutely exhausted.”

Martin says she ultimately quit in February but continued to grapple with self-image.

Craven says she was aware that some team members raised concerns with James Keogh, the associate director of sport. Lily Copeland says she also complained to Keogh in October 2018 and January 2019 and he promised reviews both times, but she alleges he did nothing apart from sending a survey out to rowers in March.

Copeland and others filed formal complaints in April, but Craven and Mandap say the team was not told about the investigation. Keogh sent an email to rowers saying Williams was taking a personal leave.

Both Craven and Mandap say the university should have found a way to balance privacy issues while providing rowers with information and support, such as directing them to counselling.

Craven learned about the probe from an ex-teammate and agreed to act as a witness. She says she saw Williams repeatedly take Copeland into a small equipment room for heated meetings from which Copeland emerged looking “shell-shocked.”

By fall, rumours were swirling about the case. Craven and Mandap describe a Sept. 17 meeting in which Keogh and Hamilton announced Williams would be reinstated but did not explain why. Team members were told, if anyone asks, to simply respond that a process was underway, the two rowers say.

“There wasn't any clarity and all we were told was 'Trust the process,' ” Mandap says. “They were saying to keep it very hushed, just to keep it internal.”

Hamilton, the athletics director, says he has respected the confidentiality of the complaints and he regrets if his comments were taken otherwise.

Keogh says in a statement he can't speak about personnel matters but he realizes these circumstances are extremely difficult for many people.

“If any of my comments were regarded as not being supportive of our student athletes, that is not what I intended.”

Rowing Canada Aviron, the national body that licences coaches, is also investigating Williams. Mandap says it was irresponsible for the school to bring Williams back while that probe is underway.

Craven had joined the men's team to avoid Williams and was distraught at having to see him at the lake where both teams practice. Seeing him at the Canadian University Championships in November was her breaking point, she says, and she quit the sport.

“Since then, I've suffered severe depression and anxiety to the point of self-harm and suicidal thoughts,” she says. “I've had to leave the sport that has been my life for 11 years.”

The university's discrimination and harassment policy applies to all school community members but Craven says it doesn't address the unique power a coach has over an athlete. She also criticized the policy for empowering the administration, rather than an independent third party, to make decisions about discipline.

Cassbreea Dewis, the school's equity and human rights director, says the review of the policy starting next month will involve consultation. It can and should include those who have engaged with the policy, she says.

Dewis adds that all investigation reports are detailed documents that can lead to change and highlight issues that need attention. The authority for deciding on discipline is at the level of vice-president or president, ensuring the highest level of consideration, she says.

Gretchen Kerr, a University of Toronto professor specializing in athlete maltreatment, says a policy that applies to everyone is worthwhile as long as it recognizes power imbalances. A coach's code of conduct is crucial, she says, and it should specify banned behaviour and sanctions for violations.

Kerr has advocated for an independent body to investigate complaints at the national team level and she says in any dispute a neutral person should handle its resolution.

Stephen Gillman, an employment lawyer with Samfiru Tumarkin, says there are good reasons for confidentiality but the university policy's emphasis on it appears to be “self-serving,” particularly when it warns students of discipline for breaching it.

He adds that the policy would be “meaningless” in a human rights tribunal or civil court.

“The university is still accepting and promoting this militaristic style of coaching and has policies that are from the dark ages, that don't address the power dynamics that exist within a sport relationship.”