Toxic animal carcass may have led to fatal eagle poisonings

Wildlife officials are hopeful they have identified the source of the poison that has killed six bald eagles on Vancouver Island, and left another half-dozen very sick.

Investigators have theorized that someone euthanized a farm animal and did not dispose of the carcass properly, leading to eagles eating the poisonous remains.

“It’s a tragic situation, obviously, that we are are not happy about. We want to get to the bottom of it,” said Sgt. Scott Norris of the BC Conservation Officer Service.

The service believes it has found the remains in question and is doing toxicology tests on pieces of evidence to see if there is a match to what has been detected in the dead eagles.

Depending on the results, charges are not out of the question.

Two birds were reported to The Raptor Rescue Society on January 16th, but it wasn’t until the society was made aware of two more eagles on Saturday the scope of the problem started to become evident.

That’s when staff and volunteers headed out to search an area in North Cowichan. 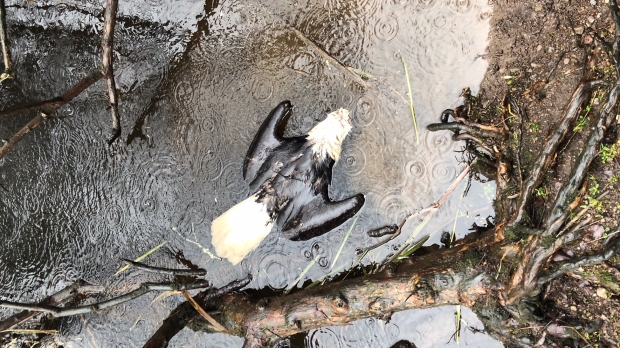 They found even more sick and dead birds, and rushed those still alive to the VCA Canada Island Animal Hospital in Nanaimo, where Dr. Ken Langelier and his staff nursed six eagles back to health.

He said being able to save the eagles was rewarding, but the situation is still frustrating.

“Again, it’s humans that were involved with the poisoning in the first place,” said Langelier.

Experts say poisonings of this type are rare.

The last time Langelier remembers it happening was back in 1988, when 29 eagles were poisoned after scavenging on a dead farm animal. Three of the birds died and Langelier helped 26 recover.

He said he's disappointed it has happened again, but there has been a lot of support.

“One of the heartening things about this is really the number of people that have reached out to look for birds. They’re very, very concerned because everyone loves birds and eagles and I think are discouraged when they know that some of them are suffering because of things we’ve done,” said Langelier.

Prevention is also top of mind for Norris.

“We’ve got our team on it and we’re going to hopefully get the right information here and make sure that information gets out so something like this doesn’t happen again in the future.”