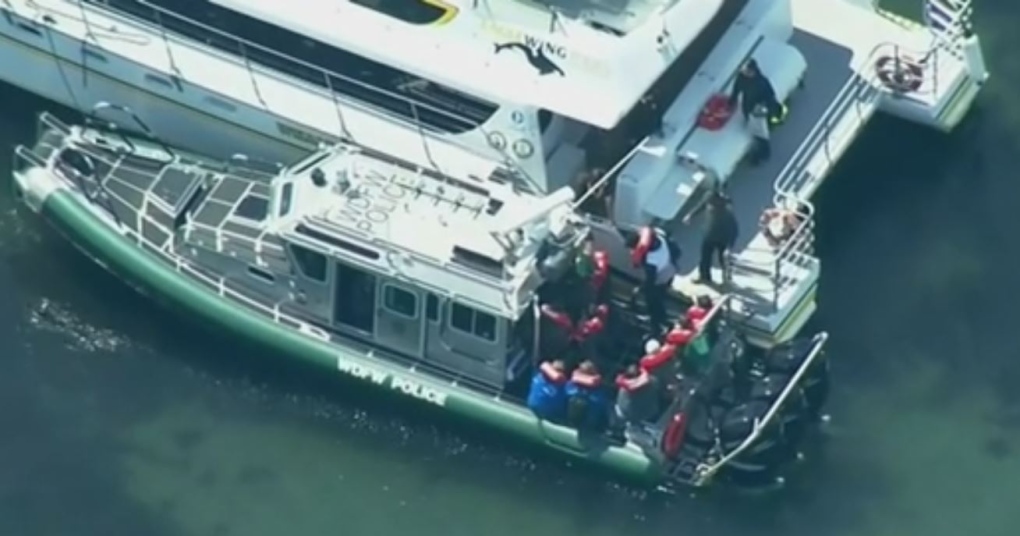 The U.S. Coast Guard responds to reports of a vessel taking on water off the coast of Washington State Thurs., May 9, 2019. (Courtesy KOMO TV)

The U.S. Coast Guard is responding to a whale-watching vessel based out of Victoria that took on water off the coast of Washington State.

Eagle Wing Tours confirmed its vessel, 4ever Wild, struck a rock near Smith Island and began to take on water.

The vessel has 43 tourists and four crew members on board and the company said there were no serious injuries.

The captain of the boat beached the vessel on Smith Island to avoid sinking.

Eagle Wing said it would release more information later in the day.

Island County and Coast Guard crews were reportedly heading to the island to assist the vessel.

The Joint Rescue Coordination Centre in Victoria said it was monitoring and coordinating a response to the incident.