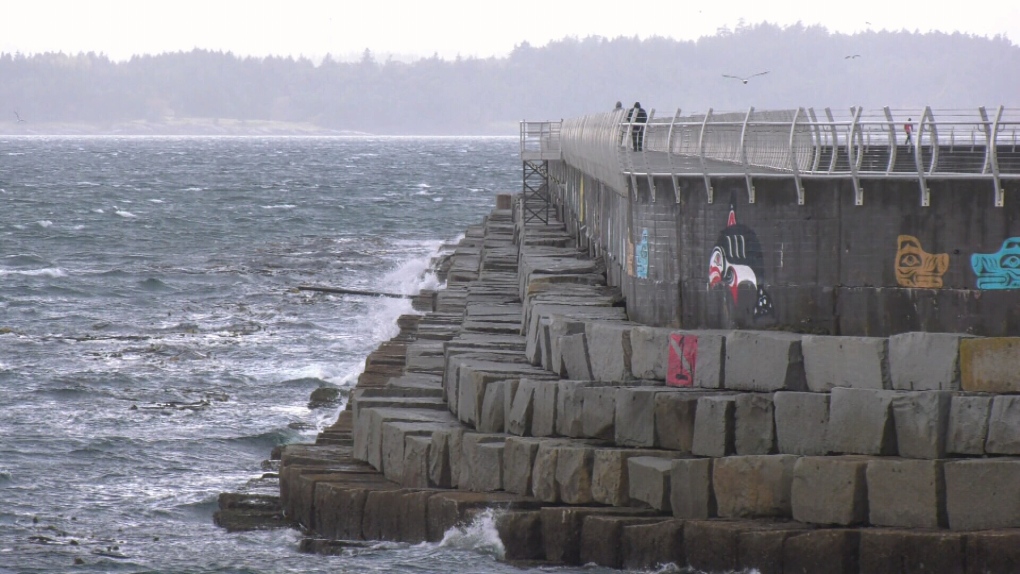 Around 8:30 a.m. the national weather agency issued a wind warning for the Greater Victoria region. (File)

VANCOUVER - A nasty storm is sweeping across much of British Columbia, bringing heavy snow to central and northeastern parts of the province while powerful winds are forecast to batter much of the south coast and southern Interior.

Snow is blanketing the Peace region, Bulkley Valley and higher elevations of Highway 97, with as much as 15 centimetres expected.

Wind warnings cover the southern Gulf Islands, a large part of Metro Vancouver and the Fraser Canyon, with gusts of up to 90 km/h possible, while special weather statements are issued for the Fraser Valley and most of the Okanagan.

On Friday afternoon, BC Ferries cancelled a number of sailings, including all trips from Swartz Bay to Tsawwassen up to 5 p.m.

As a precaution, the city closed Stanley Park's Ghost Train for the day and had rangers on standby to close the park, if the winds presented a risk to visitors.

Several BC Ferries crossings were also cancelled between Tsawwassen and Swartz Bay, and Horseshoe Bay and Departure Bay.

Environment Canada expects conditions to ease by evening but warns gusts will be strong enough to toss loose items or break branches.