VICTORIA -- Vancouver Island drivers are sparking a wave of electric vehicle (EV) sales, according to new data from the provincial government.

Per capita, the Vancouver Island-Coast region had the highest number of sales of light-duty electric vehicles from January to September this year. According to the Ministry of Energy, Mines and Petroleum Resources, 9.9 per cent of vehicles sold in the first three quarters were electric. 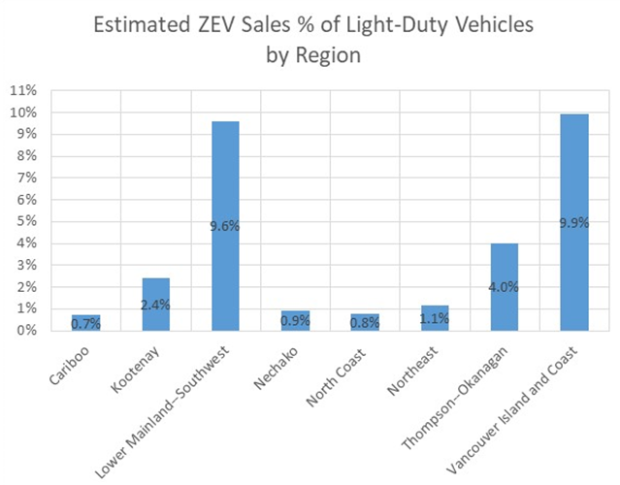 “EV’s in British Columbia do punch above their weight,” said Glenn Garry with the Victoria Electric Vehicle Club.

The club, which advocates to industry and government on behalf of electric vehicle users, says incentives in B.C. have launched the sale of the green vehicles into a new level.

The club says that because of hydroelectric power, B.C. benefits even more from each new EV on the road.

“Anyone who lives in any urban area in B.C. gets their electricity from hydro dams," said Garry. "They are truly clean."

"All the money you spend on you EV stays in British Columbia as opposed to all the gasoline that happens in our province which is controlled outside the province,” said Garry.

According to the B.C. government, there are approximately 31,200 light-duty electric vehicles registered in the province. This total accounts for nine per cent of overall vehicles sales and makes B.C. the region with the highest per capita rate of EV sales in all of North America.