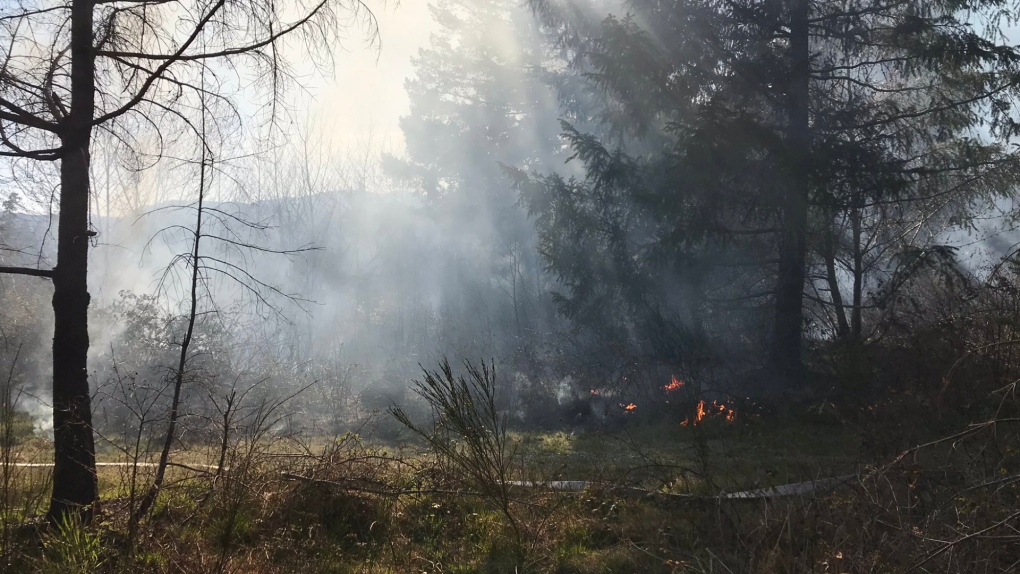 VANCOUVER -- Fire crews on Vancouver Island worked quickly to put out a small wildfire near a pedestrian trail in Port Alberni Saturday night.

The fire was active and growing when firefighters arrived, Owens said, but crews were able to hold it to a manageable size of roughly 150 feet by 50 feet.

Owens praised his crews for making quick work of the blaze, the cause of which is now under investigation.

"The cause was certainly human caused," the fire chief said. "Whether it was malicious is unknown at this time, but the file has been turned over to the RCMP for investigation."

Owens said it's early in the season for wildfires to be reported on Vancouver Island, though early-season fires are becoming more common as a result of climate change.

The Duty Crew did a great job to contain the fire to 150’ x 50’ in size. Crews are remaining on scene to put out hot spots. #bcwildfire #pafd #portalberni pic.twitter.com/KRbepmRBUd