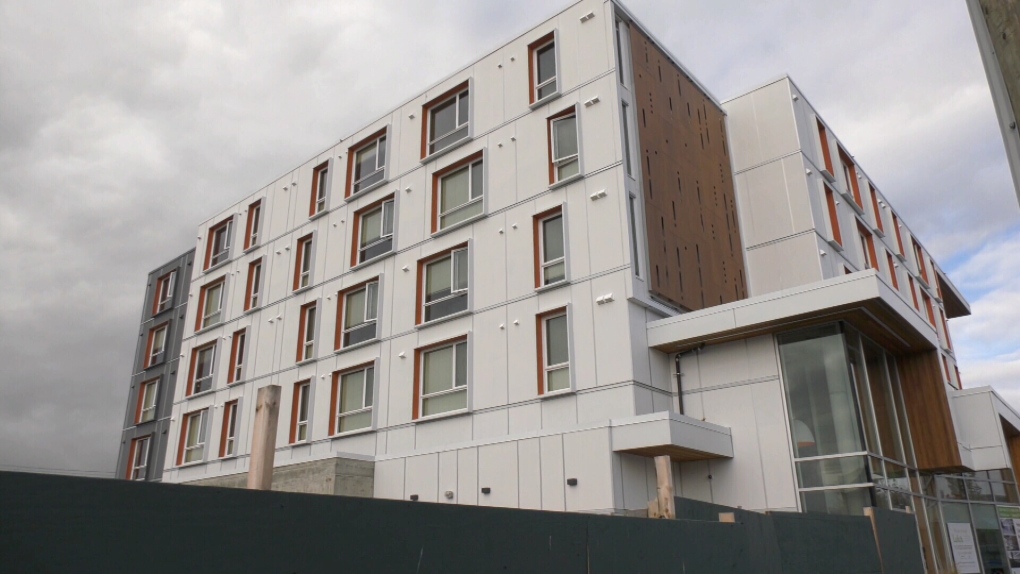 The Aranza building on Fourth Street in Sidney opened in June with 58 rental units and 28 units below market rates. (CTV Vancouver Island)

Sidney is facing the same housing challenges as other municipalities in the Capital Region, with housing costs on the rise and people struggling to find suitable accommodations in the seaside town.

"Like many municipalities in B.C., Sidney in recent years has faced housing pressures," said Sidney Mayor Cliff McNeil-Smith. "If you have extremely high land prices, it is taking the affordability in terms of rentals out of the equation."

The town just completed a housing needs assessment, which highlighted the challenges in the housing market for owners and renters alike.

The study showed that in some cases, household incomes are not high enough to find affordable accommodation, while in other cases income is sufficient but housing availability is lacking.

"Forty per cent of our residents are living on their own or with roommates and seven per cent are single parent families," said McNeil-Smith. "These are the folks who are facing the biggest gap in affordability and creating the challenge to create purpose-built rental but also affordable rental."

The biggest unmet demand for housing in Sidney is below-market rentals, estimated to be approximately 400 units. The report indicates that there appears to be enough housing being built in Sidney to meet its population-growth expectations but the majority is directed at wealthier households.

McNeil-Smith said there may be good news on the horizon.

What is currently being built in Sidney and what is approved to be built in the next few years will exceed the demand, he said.

One example is the Aranza building on Fourth Street, which opened in June. It is a unique building with 58 rental units and 28 units below market rates. It was built by a non-profit society that was able to secure some financing through BC Housing.

"That type of housing is ideal for Sidney," said McNeil-Smith. "It is a purpose-built rental with an affordability component."