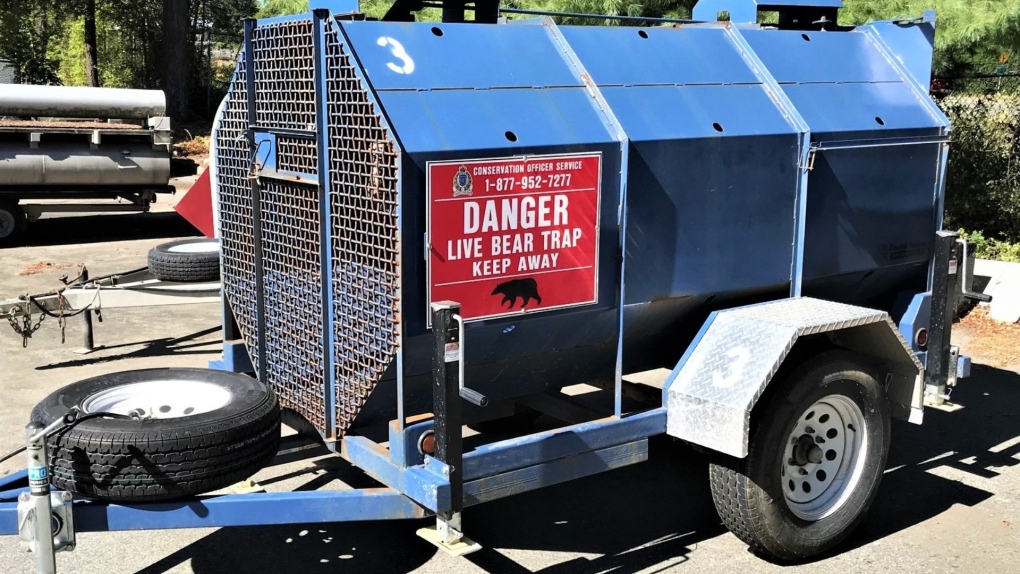 VANCOUVER -- The conservation officer service says charges have been laid against a Vancouver Island woman accused of tampering with a bear trap.

A social media post from the service says the Shawnigan Lake resident was charged following an investigation after someone disabled a set bear trap in the area last month.

The CO service says the trap was set in hopes of capturing a bear that had become habituated to humans but because of the interference, the bear was never caught.

Conservation officers say it is dangerous and illegal to tamper with a legally set trap, and concerned residents should instead do more to manage attractants and reduce conflicts with bears.

"The COS wants to stress that interfering or tampering with lawfully set traps is illegal and dangerous for both the public and the offender," said the conservation service in a social media post Thursday. "The trap can injure an untrained person and a conflict animal can remain at large, exacerbating the public safety risk."

"The COS recommends instead that citizens concerned for the safety of wildlife put their efforts into managing attractants and reducing the causes of human-wildlife conflict to prevent them from occurring in the first place," added the conservation service.

This report by The Canadian Press was first published Sept. 10, 2020