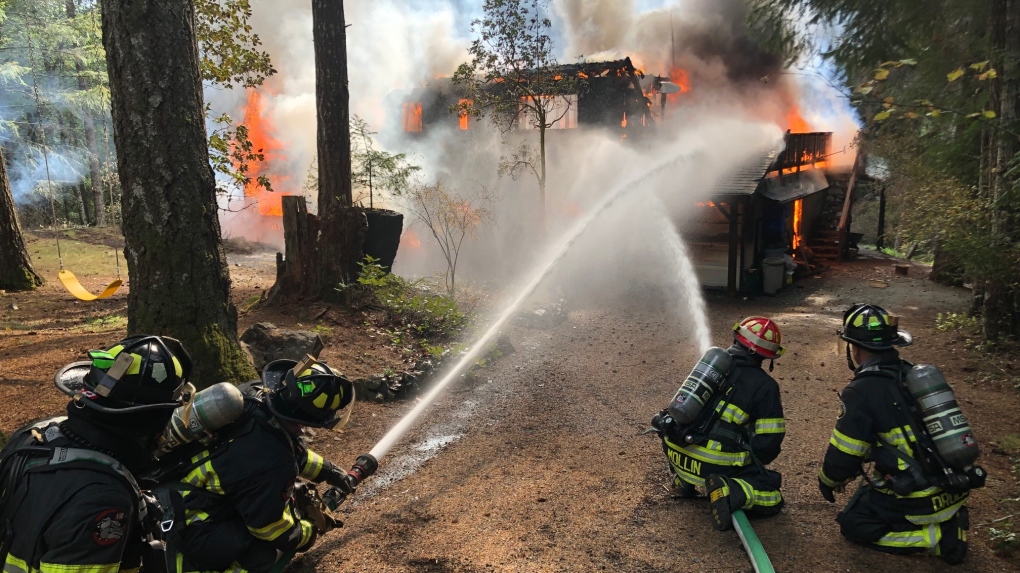 Several animals are dead after fire tore through a home in the West Shore neighbourhood of Highlands Thursday.

Multiple fire crews rushed to the scene on Blue Valley Road, including from Langford, Willis Point, Colwood and View Royal.

View Royal Fire Chief Paul Hurst told CTV News that several animals were dead in the house, which was completely destroyed in the blaze.

There were no injuries reported among the home's occupants nor among the 23 firefighters who battled the flames.

"[The] fire burned undetected for a considerable time," Hurst said.