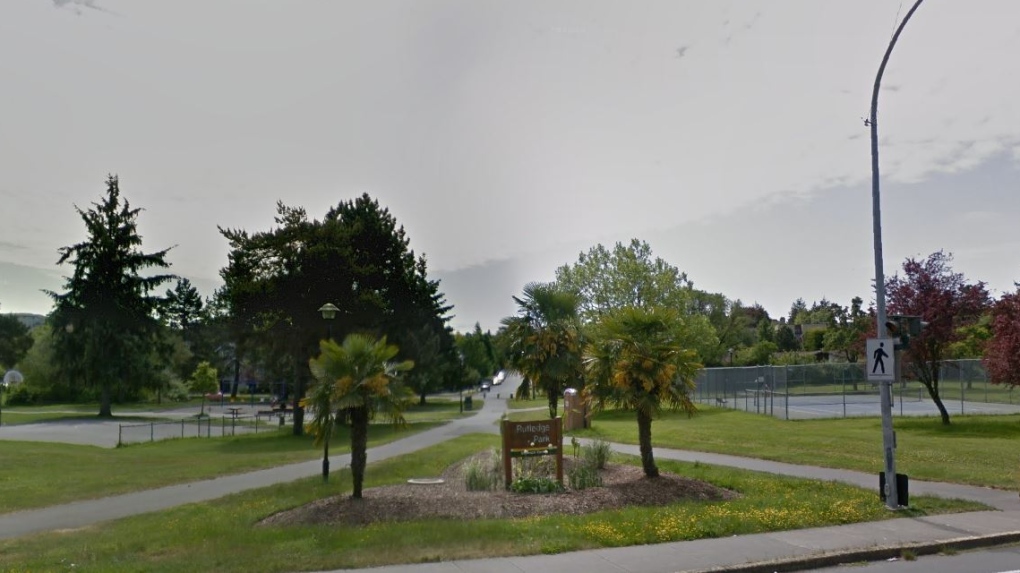 Saanich's Rutledge Park is shown in this undated image taken from Google Maps.

Saanich police are renewing a plea for tips in an unsolved assault that took place in Rutledge Park last month.

On July 18, a 31-year-old woman was walking home through the park at around 11 p.m. when a man she didn't know wrapped his arms around her from behind.

The man didn't say anything and released her when she kicked her leg back at him.

Police say the man fled toward Cloverdale Avenue and a subsequent search of the area found nothing.

The woman was not physically injured and received support from Victim Service.

Investigators have not been able to identify the man, who is described as white, 6'0" to 6'3" tall with a skinny build, messy hair and scruffy facial hair.

He was wearing dark pants and a Mexican-style knit blanket sweater with black and grey stripes.