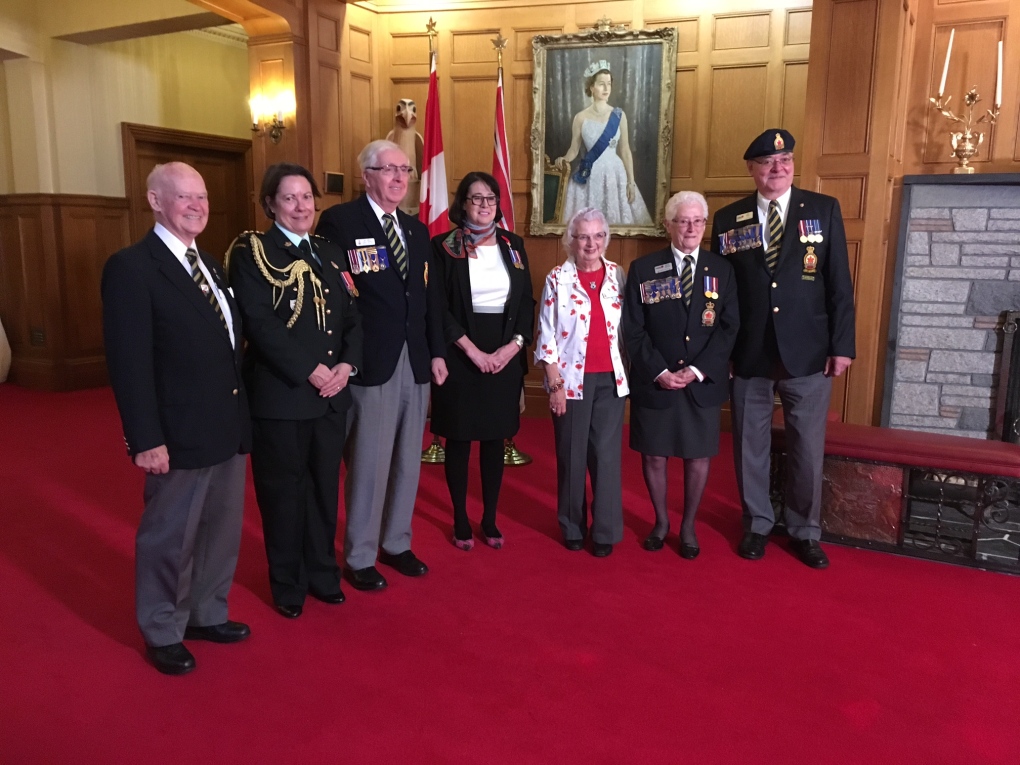 The Honourable Janet Austin, Lieutenant Governor of British Columbia is presented with the first poppy of the 2019 Poppy Campaign by the Royal Canadian Legion B.C./Yukon Command: Oct. 18, 2019 (CTV News)

A small ceremony took place this morning at B.C.'s Government House in Victoria to launch the Royal Canadian Legion's poppy campaign ahead of Remembrance Day.

The Honourable Janet Austin, Lieutenant Governor of British Columbia, was presented with the first poppy of the year by the Royal Canadian Legion B.C./Yukon Command, as part of the branch's 2019 poppy campaign.

The poppy is a symbol that honours Canada’s veterans and is a reminder of those who sacrificed their lives for the freedoms that the country enjoys today.

Poppies are available for free to all who wish to wear one, but the Legion gratefully accepts donations to their Poppy Fund, which assists any person — and their families — who is serving or who has honourably served in the Canadian Forces.

Sales from the poppies also go towards housing homeless veterans in facilities like Cockrell House in Victoria, and towards disaster relief when other countries are in need.

At the ceremony, Austin said that the poppy campaign was, "encouraging people to remember the service that has been provided and continues to be provided."

"It's also to recognize that it's an opportunity to support the splendid work of the Royal Canadian Legion," said Austin.

Meanwhile, Jim Diack, Treasurer of the Royal Canadian Legion B.C./Yukon Command, said that he hoped everyone in the community would participate in the solemn holiday.

"We encourage everybody to come out and get involved with remembrance and Remembrance Day services," said Diack.

"Everybody should wear a poppy; it is the symbol of our freedoms."

The 2019 Poppy Campaign runs from October 25th until November 11th. Poppies can be found in local partners of the Legion, like businesses, community organizations, schools and through Legion volunteers.