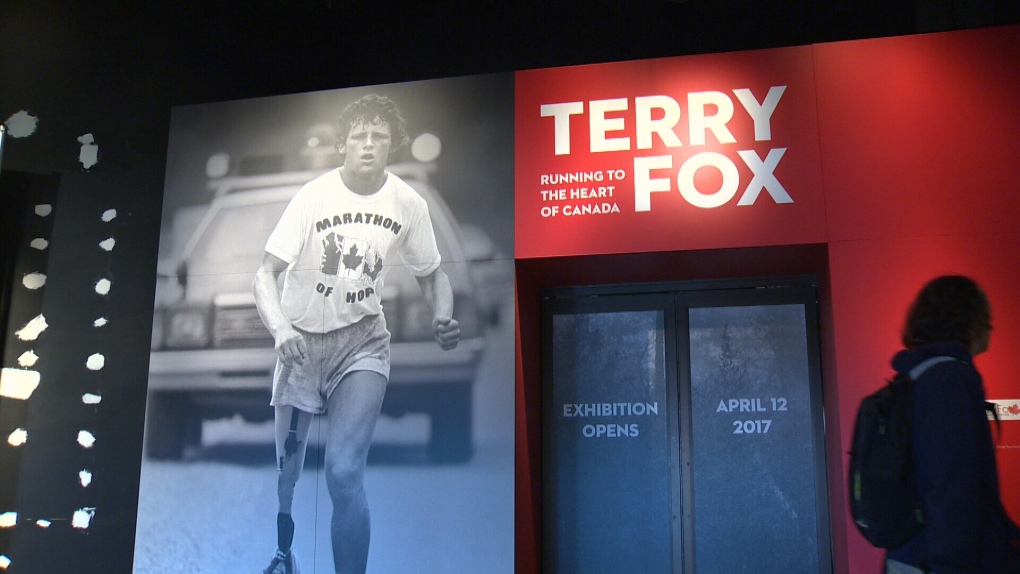 The museum says it will tell an important story about a Canadian icon. Apr. 10, 2017 (CTV Vancouver Island)

Wednesday will mark 37 years since Terry Fox began his Marathon of Hope and a new exhibit at the Royal BC Museum will take Canadians back to that time.

“Terry Fox: Running to the Heart of Canada” will include the 22-year-old’s journal, clothes he wore during the marathon, his prosthetic leg as well as the Ford E250 Econoline van he slept in.

The museum says it will tell an important story about a Canadian icon.

“I think this is one of the most emotional exhibitions that we have ever hosted here at the museum,” said CEO Jack Lohman. “In particular when you see Terry’s prosthetic leg […] it sort of grabs you in the chest when you look at this and think this is the leg on which he ran across Canada.”

Terry Fox who was from Port Coquitlam began his 143-day, 5,300 kilometre journey in St. John’s, Newfoundland.

His goal was to raise awareness and money for cancer research.

One of the men who helped organize the marathon over 30 years ago says it was the “most amazing adventure” of his life.

“He changed my family’s life and it was an incredible story, I’m just glad that Canadians still love him all this time after,” said Bill Vigars.

The exhibit opens Wednesday and runs until October 1.

“We tell it in this great anniversary year of Canada as an opportunity to highlight some of these wonderful Canadian values of courage, determination, humility,” Lohman said.