Royal Bay Secondary expansion to be completed next summer 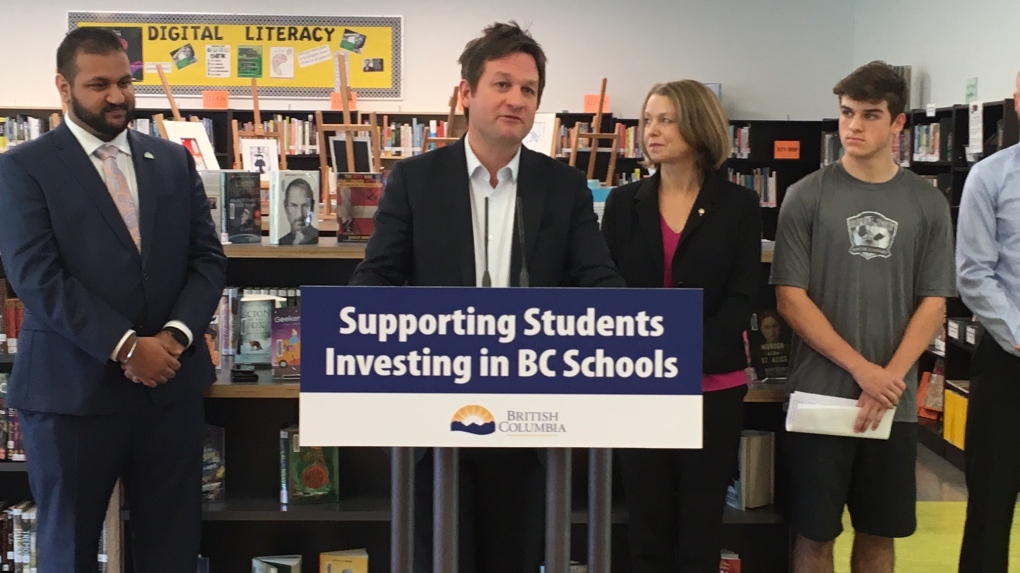 Expansion of the Royal Bay Secondary School is underway and today teachers, students and politicians were on hand to celebrate.

The occasion was marked with a First Nation’s song and later ended with a choreographed dance by students from the school's dance academy.

The need for extra space was apparent before the new school opened its doors in 2015. The school was originally designed and built for 800 students but now educates 1,155 students and enrolment is growing year after year.

To accommodate the extra students the Sooke School District had to install portable classrooms outside the main building.

There are 10 portables so far and more may be added before the expansion is completed, eventually eliminating them altogether.

B.C. Education Minister Rob Fleming was on hand for the occasion and said the school "experienced problems right from the day they opened."

"It was under-built and we’re going to fix that,” he said.

The school will be able to house 1,400 hundred students, 600 more than it was originally designed for.

The added space will include 21 new classrooms and a second gym that will have indoor turf to accommodate lacrosse and soccer programs.

The new gym will also be accessible to the community as a neighbourhood learning centre.

Ryker White, a Grade 10 student at Royal Bay, spoke to the crowd and said he and fellow students would benefit from the added space.

“This expansion is really exciting for our school," he said. "We’ve been fragmented with having classes in the portables so it will be great to have everyone under one roof to enjoy the modern spaces and classrooms we are so fortunate to have in our new school.”

Construction began in January and is set to be completed by August 2020.

The Sooke School District is the fastest-growing school district in the province and has faced many challenges in the past few years with accommodating the growth.

The province has also invested $24.9 million for a land purchase in West Langford and another $6.6 million for land in the Skirt Mountain area where more schools will be built to facilitate the growing student population.