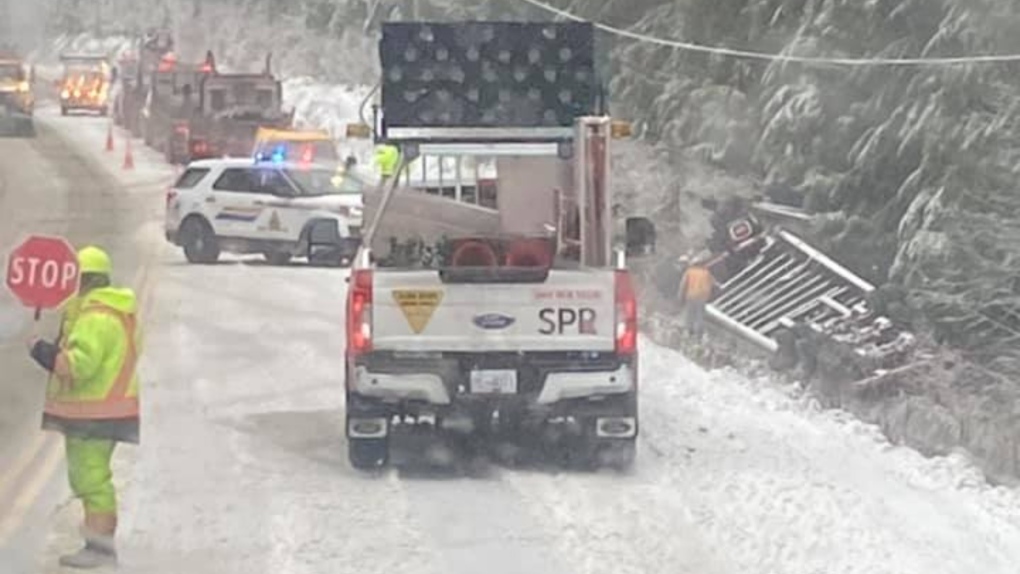 The driver received only minor injuries when the vehicle slid off the highway and flipped onto its side. (Scott Bell)

Fire crews were dispatched to the area five kilometres north of Browns Bay Road at 11:30 a.m. but were turned around when they were advised they were not required to extricate the driver.

The driver received only minor injuries when the vehicle slid off the highway and flipped onto its side.

According to Sgt. Dave Johnson of the Campbell River RCMP, a tractor-trailer carrying 60,000 pounds of steel railway rails was heading southbound towards Campbell River when it slid off the road. 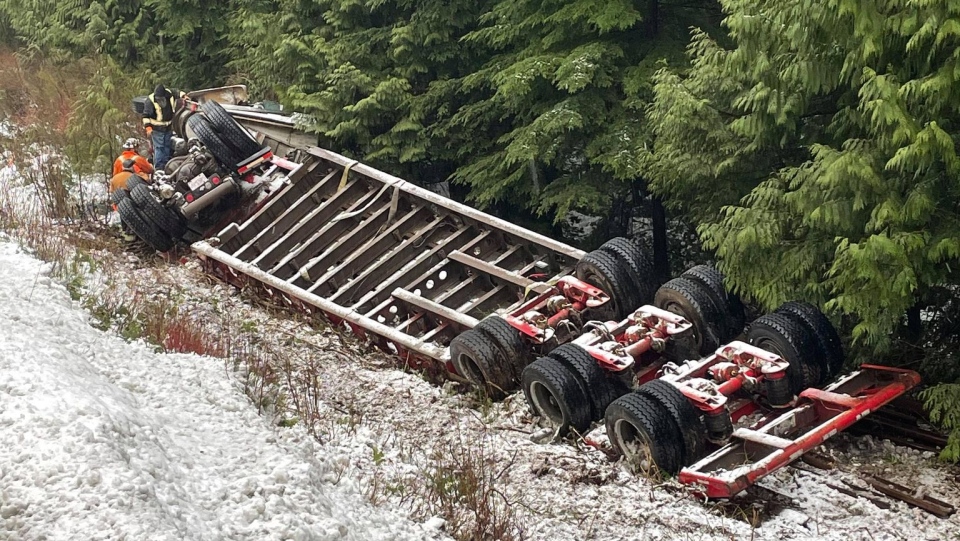 “It did roll over, but it was like a slow motion (roll), losing traction due to road conditions," said Johnson. "It was coming down the hill, started to descend on a slight hill, lost control of it and went slowly off road (to the) right.”

He says the truck was believed to be travelling only about 20 km/h at the time, but the load tipped it over.

Johnson says the vehicle was part of a work crew travelling in a convoy, and other members of the convoy immediately began flagging the scene after the crash occurred.

"The flaggers were up and running by the time we got there," he said.

Highway 19 was snow-covered at the time of the incident and the vehicle was being recovered shortly after 2 p.m.