Ride-hail company Kater ready to launch in B.C. as soon as regulations permit 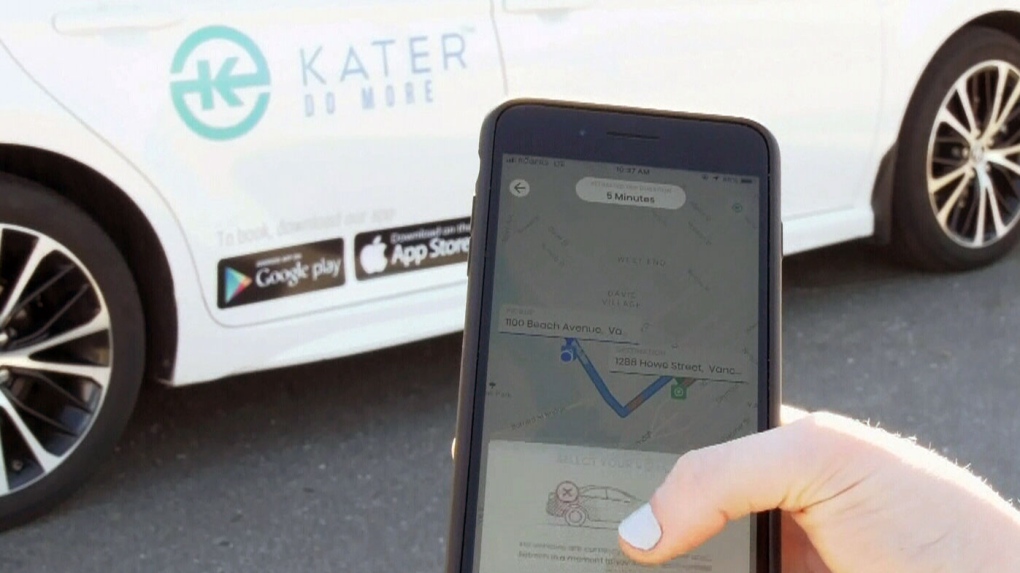 Kater CEO Scott Larsen says its ride-hail drivers will use their own vehicles and carry Class 4 licences, differing from the current Kater Car program where drivers rely on a company owned and licensed fleet. (File photo)

A Vancouver-based technology company says it will apply to take part in traditional riding-hailing in British Columbia as soon as provincial regulations take effect this fall.

Kater Technologies Inc. currently offers what it describes as a hybrid service in Metro Vancouver, combining a ride-hailing app with a fleet of vehicles that carry taxi licences and are governed by taxi regulations, such as mandatory Class 4 commercial licences for drivers.

The hybrid service will continue but Kater intends to add traditional ride-hailing across the region by this fall and says it will launch the service throughout the province's major cities by the end of the year.

The company says the addition of ride-hailing marks the start of its move toward a fully integrated system where transportation options from ride-hailing to bike or car shares, buses, ferries and even planes are connected through one digital platform.

Kater CEO Scott Larsen says its ride-hail drivers will use their own vehicles and carry Class 4 licences, differing from the current Kater Car program where drivers rely on a company owned and licensed fleet.

San Francisco-based ride-hailing company Uber said last week that would-be Uber drivers in B.C. should begin the process of obtaining a Class 4 licence, because finding enough qualified drivers will be key in that company's decision to launch in the province.

Class 4 licences require more stringent knowledge and practical exams, and are mandatory in B.C. for those who drive for services like taxis, buses and ambulances.

Larsen says the number of Kater's ride-hailing vehicles, rates and driver incentives will all be finalized once provincial regulations are released, launching the company's goal of a unified transportation experience.

“One app, one 'boarding pass' and payment that takes you from the very first to the very last mile; this is what I believe is the future of transportation in Vancouver and in other forward-looking metropolitan cities,” says Larsen.

“We're excited to put our hat in the ring for ride-hailing as our first step towards this vision.”