COURTENAY -- Crews from the department of Fisheries and Oceans Canada (DFO) had a busy weekend trying to track and remove gear from three entangled Humpback whales near Vancouver Island.

Their efforts started with an entangled juvenile whale in the Campbell River and Mitlenatch Island area on Saturday.

"We had a report of an animal that had gear close to the body and we were able to locate that animal," said Paul Cottrell, marine mammals coordinator for the DFO.

"(We) spent about four or five hours working on that animal but unfortunately that gear was so tight to the body," he said.

Crews went out on the water again on Sunday to try to relocate the animal but then received a report of a juvenile, initially believed to be a calf and its mother, also experiencing issues. 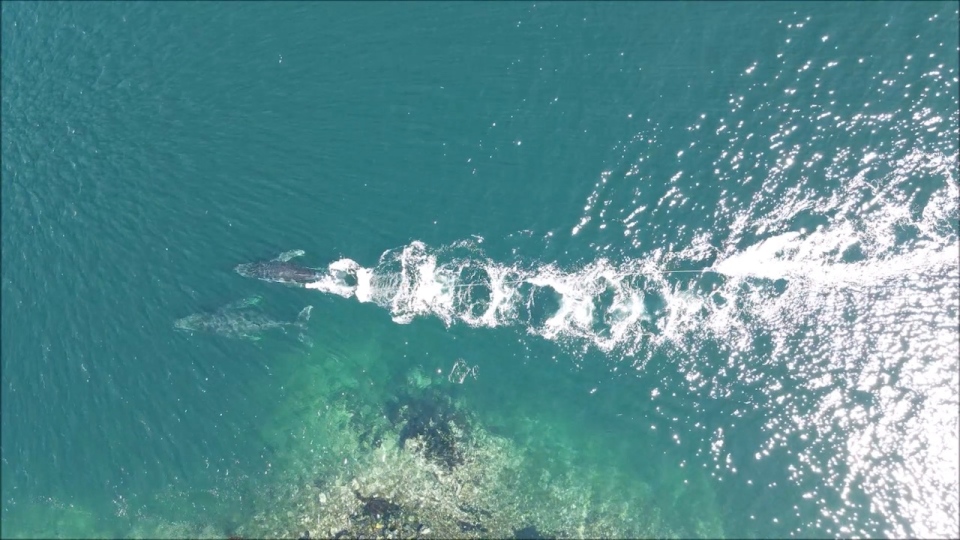 In that instance, Cottrell says his team worked on the mother for more than 10 hours before they were able to remove about 200 feet of gear from the animal.

Cottrell says an eight-person team worked on the animal all the way from Salmon Point up to the Kelsey Bay area and were able to get a tracking device on it so they can track its movements in the future.

He says the priority Monday is to remove the rest of the gear off the juvenile, something that is easier said than done.

"These animals are not thinking we're helping at all, it's quite an effort to work with them and they're basically trying to get away from us so it's a huge effort to get in and safely take gear off," said Cottrell.

The department of Fisheries and Oceans encourages the public to report any entanglement sightings they come across. But, officials warn against civilians trying to remove gear from whales themselves.

"Well-meaning people – unfortunately, in certain cases – interact with the gear and they'll cut off the buoys or the gear that we would use to put a working line on," said Cottrell.

He says cutting off the wrong gear makes it more difficult for rescuers and also agitates the animals, making the situation more dangerous for crews.

"We're very thorough in terms of our approach and we use drone technology to look at gear configuration, " said Cottrell.

"It's really important, depending on how the gear is entangled around the animal, we change our approach based on that," he said