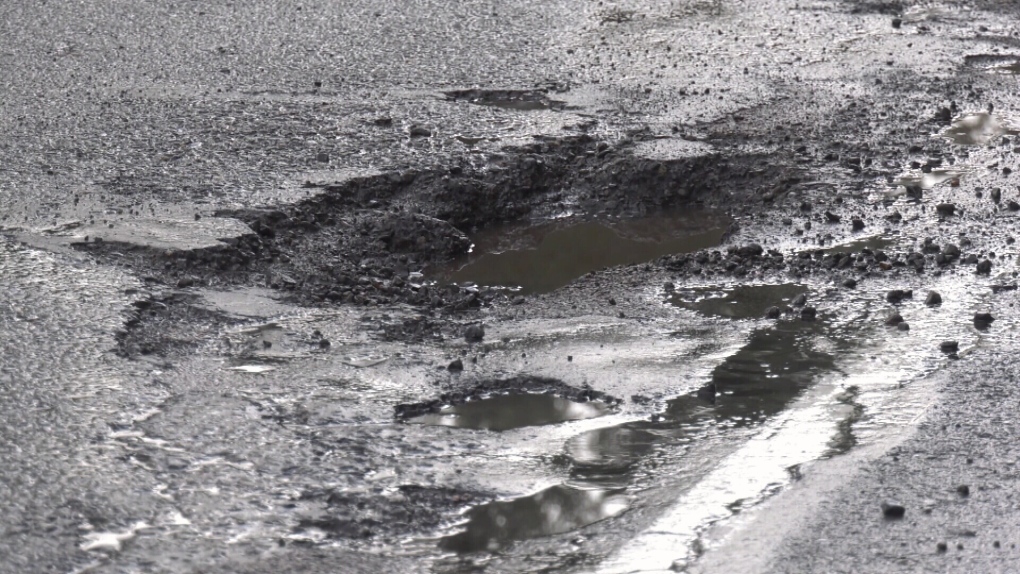 Road workers have confirmed that there has been a rise in roadway potholes since B.C.'s recent cold snap: Jan. 21, 2020 (CTV News)

VICTORIA -- Just as South Island drivers are embracing the end of snowy conditions, another hazard has emerged on the roads.

Potholes have been popping up across streets in the capital region over the past few days.

The ruts in the road are the product of last week's frigid temperatures combined with ongoing rain and wet conditions, according to Emcon Services, the company that maintains South Island highways.

Emcon's Stewart Westwood says when ice freezes it expands – and then when it later melts, the problems with potholes begins.

"It will freeze and expand, just like we have in a deep freeze, and as it melts again everything becomes soft below it," Westwood explains. "So the pavement itself is soft at that point."

The company says it is prioritizing patching holes on main highways like the Malahat before turning its attention to side roads.

Emcon is using a product it calls "cold fix" to temporarily fill in the gouges, before providing a more permanent repair in warmer, drier temperatures, when it can properly repave damaged areas.