RCMP searching for man who robbed Langford bank at gunpoint 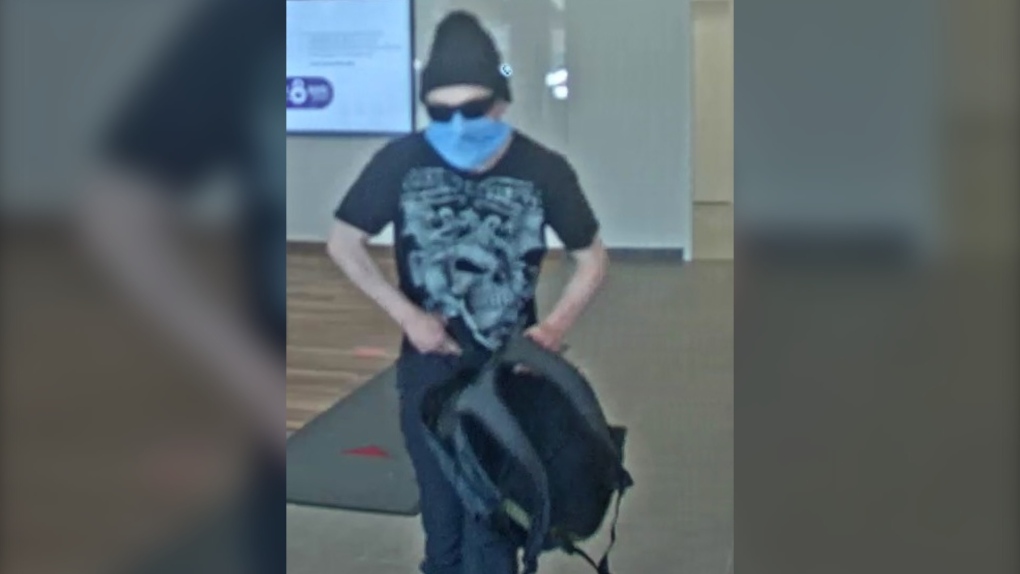 VICTORIA -- The West shore RCMP are seeking the pubic's assistance in identifying a man who robbed a Langford bank at gunpoint Thursday.

On Thursday, witnesses told CTV News that a man wearing a mask walked into the bank and pointed a handgun at a bank teller, demanding cash.

"He yelled, 'Empty the register! Give me all the [expletive] money you have!'" said Tanner Hayward, who was in the bank at the time.

Police say the man then collected an “undisclosed amount of cash” and fled the bank up Kelly Road towards Jenkins Avenue.

Mounties say that officers and a police service dog were “on scene within minutes,” however, the man was not located.

Police say that a gun was found in the area by officers and that no one was injured during the robbery.

The suspect is described as a white man who stands roughly 5’ 5” tall with a slim build. At the time, he was wearing a black t-shirt with a white graphic on the front, dark-coloured pants and a black toque. He was also wearing black shoes with white soles and had a blue surgical mask around his face.

He was also carrying a black and olive-coloured backpack.

Anyone who sees the suspect is asked to call 911 immediately and not approach the individual.