Mounties have launched an investigation into “potential tampering” of several Victoria-produced milk products after a sweeping recall was issued Thursday.

The Canadian Food Inspection Agency announced the RCMP investigation in a news release Friday, saying “harmful extraneous material” that poses a risk to consumers could be in the affected Lucerne, Natrel and Island Farms milk products.

The RCMP said the investigation came about after receiving a number of complaints from people around Vancouver Island over the past few weeks.

Michelle Crawford is one of those complainants. She said her husband poured himself a glass of milk from a four-litre container of Island Farms skim milk earlier this week when something floated to the surface.

"He was just so freaked out about finding these bits in it," she said. "Five or six specks of what looked like scrubby, torn-up sponge...he plucked it out and drank his milk. He thought nothing of it."

Police say no one has reported illness or injury linked to the recall, and an investigation has been launched to determine whether the material was placed there intentionally.

"It is not clear at this time whether the potential presence of harmful extraneous material, in products only sold and distributed in B.C., is accidental or criminal," said RCMP Island District spokeswoman Cpl. Tammy Douglas. "Our coordination efforts are reviewing the complaints and we will continue to work with company and the Canadian Food Inspection Agency."

The CFIA has launched its own food safety investigation into the tampering, which it has deemed a "Class 1" hazard. According to the CFIA's website, Class 1 means there is a "reasonable probability that the use of, or exposure to, a violative product will cause adverse health consequences or death."

On Thursday, Agropur Cooperative announced it was voluntarily recalling products made at its Victoria facility due to “foreign material” found in some of the products. It did not specify what the material was.

For Crawford, that isn't good enough.

"Then it should be fully out there, what it is," she said. "Maybe somebody's having a symptom of something they've never had before, and they're just thinking it's an allergy or a summer cold coming on. Maybe it's not, maybe it has something to do with what they've consumed."

The recall only applies to two-and-four litre plastic jugs and not cartons. Some of the products are only distributed on Vancouver Island while others are distributed to the rest of the province.

It only applies to identified products with best before dates up to and including July 3, 2017.

Agropur said all products can be returned to their place of purchase with or without a receipt for a full refund.

A full list of the recalled products can be found below: 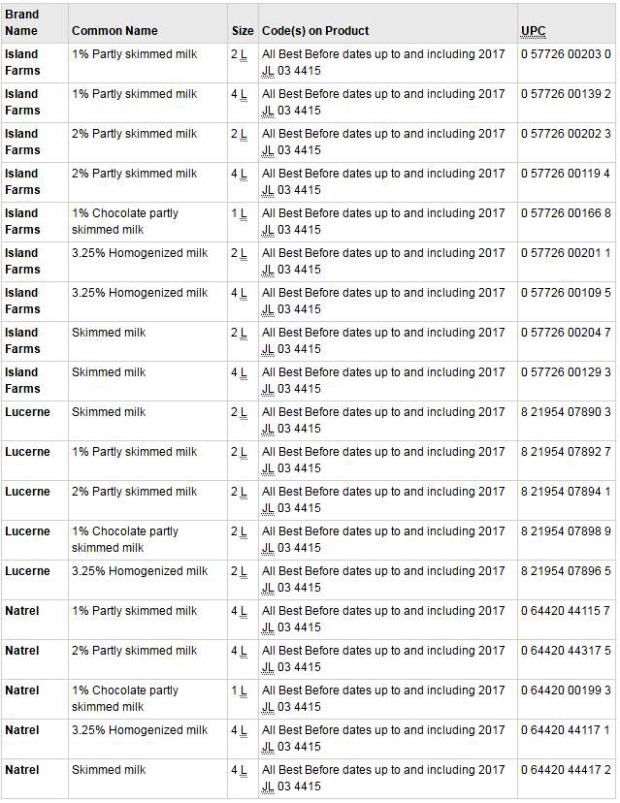 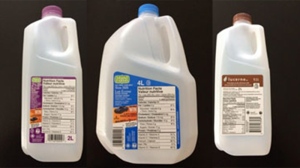