The public is being asked to weigh in on whether high-tech cameras aimed at busting dangerous drivers should be installed along the Malahat Highway.

The plan to install "point-to-point" speed cameras on the notorious route was first suggested by the Capital Regional District last year.

The CRD is asking the province to install the cameras on each end of a 20-kilometre stretch of the Malahat.

The first camera, depending on which direction the driver is heading, would snap a photo and start a timer for that particular vehicle.

The second camera would take a snapshot on the other end, matching up with the timer to see how long it takes the vehicle to traverse the stretch of highway.

"If you've gotten through the cameras too fast, the images will indicate that and you'll receive a ticket," said Colin Plant, chair of the CRD Traffic Safety Commission. 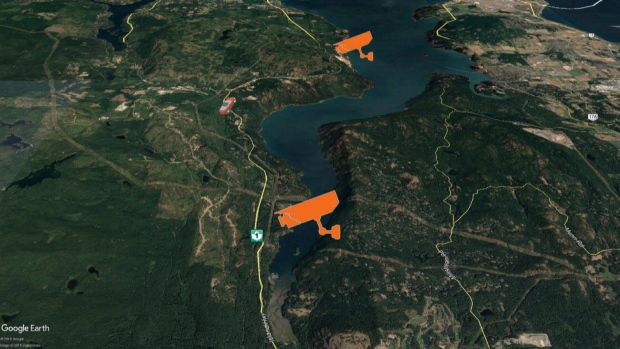 Popular in Europe and Australia, the camera system would be a first for B.C. and both the CRD and Cowichan Valley Regional District are lobbying for it.

Officials deny that point-to-point cameras are just photo radar under another name.

"Point-to-point measures over a considerable distance so only those speeding significantly over much of that distance would be penalized," an FAQ on the CRD's traffic safety website says. "Also, motorists would be warned well in advance and clearly that their speed would be monitored, so there would be no surprises."

The province is now showing interest, saying that if the public demonstrates that they want the technology, they'll consider it.

They're asking residents to weigh in by first watching a short video on the CRD's website, then sending feedback to PSSG.Minister@gov.bc.ca.