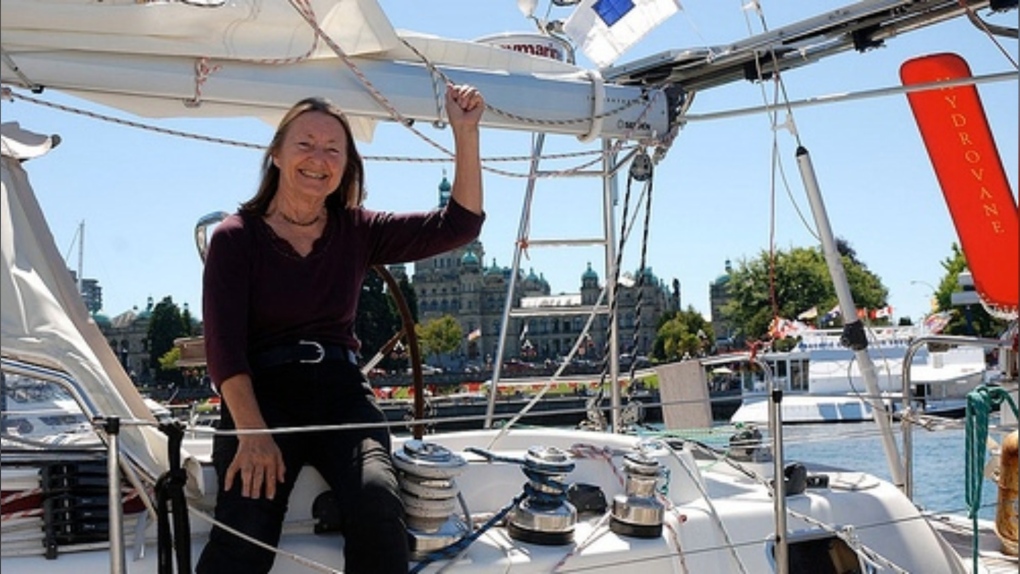 The final leg of an epic and record setting journey is proving to be one of the most difficult for a Victoria sailor.

76-year-old Jeanne Socrates is within striking distance of becoming the oldest person ever to sail solo around the world, but according to her support team on shore damaged equipment and strong currents are hampering her homecoming.

“She is actually back where she started yesterday at this time,” said Nick Banks with the Prince of Whales. The eco-tourism company is acting as an on shore support team for the sailing senior, and will eventually usher her into Victoria’s inner harbour.

“Until winds pick up she is at the mercy of the tides,” Banks told CTV Vancouver Island.

Socrates, who currently holds the world record for oldest woman to sail solo around the globe, is roughly 20 nautical miles from the entrance to the Strait of Juan De Fuca. According to her support team the intrepid sailor is dealing with damaged sails and a powerful current.

“She doesn’t have the full quiver of tools she needs to deal with light winds.”

According to Nick Banks, Socrates is limping close to Vancouver Island each day, but because of her vessel’s damaged sails she is pushed back out to sea by the current at night.

“She’s on the treadmill ,” Banks said.

On her blog, the long-time sailor had told her followers that she would make landfall on Wednesday this week.

It’s expected that winds will pick-up slightly Friday and that the nearly yearlong sojourn could end Friday night or early Saturday.

The daunting voyage is one that Socrates has endured before. In 2013, she completed her first successful solo sail around the globe in 259 days at the age of 70.

The journey earned her the world record for oldest woman to complete the sail unassisted around the world and the first woman from North America to ever do so. However, her crown for oldest sailor ever was narrowly taken by a Japanese man who completed the journey in 2005 at the age of 71.