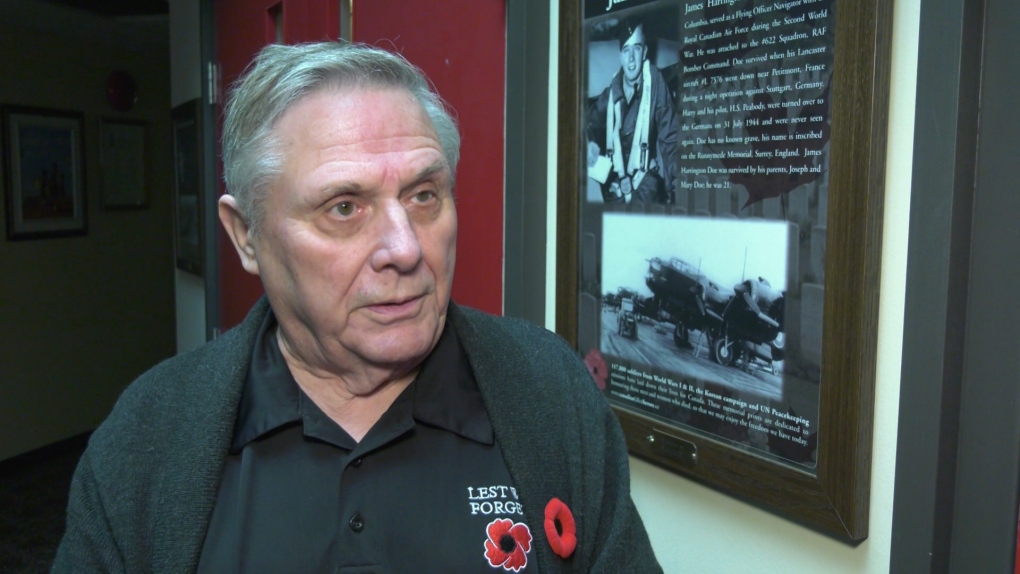 Florence Dumont was "a rockstar," according to Angus Stanfield, chairman of the Victoria Remembrance Day poppy campaign. (CTV)

VANCOUVER - As Remembrance Day draws nearer, members of a Vancouver Island chapter of the Royal Canadian Legion are mourning the loss of one of their own.

Florence Dumont was "a rockstar," according to Angus Stanfield, chairman of the Victoria Remembrance Day poppy campaign.

"She was a wonderful personality," Stanfield told CTV News Vancouver Island, remembering the woman who served as the legion's treasurer for more than two decades.

"She was 87 years old," he said. "She looked like she was 67. Just rock-solid. Somebody that had been in that position for over 20 years, knew it inside out, and had a very calming effect, too."

Dumont was diagnosed with cancer just over a month ago, Stanfield said. She told the legion she wanted to stay on the job as long as she could.

"Her heart was here," he said.

Since Dumont's passing, the legion has found it challenging to keep up with her work during what is typically one of the busiest times of the year.

"We're scrambling to cover for her, but everybody stepped up to the plate, and I think it's going well," Stanfield said, adding that this year's poppy campaign is roughly on pace with last year's.

"I'm really proud of how the volunteers have stepped up," he said.

In addition to donating in person, Canadians can support the legion's poppy campaign online or by texting the word "poppy" to 20222 to make a $5 donation.

All of the funds raised go to support veterans and their families, and Stanfield said he's always impressed by the public's response.

"Overall, I think the generosity of Canadians still shines through," he said.