Police take man into custody after standoff in Victoria synagogue

VICTORIA -- Police have taken one man into custody after he barricaded himself for several hours inside a downtown Victoria synagogue Monday.

Multiple police units responded to the Congregation Emanu-El Conservative Jewish Synagogue at the corner of Blanshard Street and Pandora Avenue. 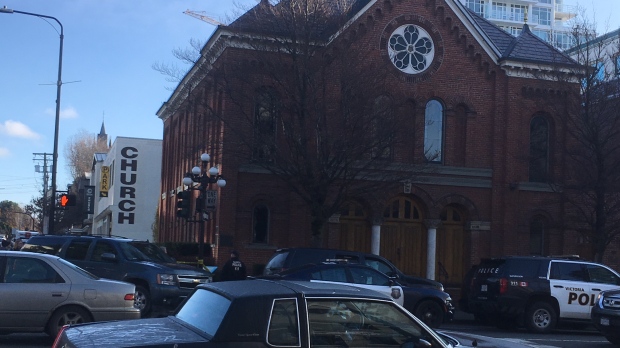 Police say the man entered the synagogue early Monday morning, made verbal threats and then barricaded himself on the building's second floor.

"We're in negotiations with the male and the situation is ongoing," Victoria police spokesperson Const. Matt Rutherford said just before noon. 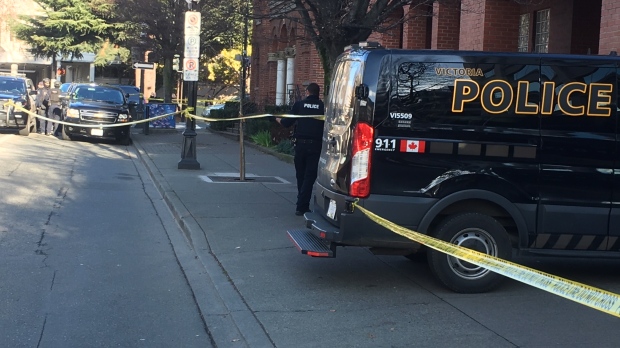 Children who attend a day care in the building were ushered out at approximately 11 a.m.

"The children were evacuated and have been taken to an off-site location," Rutherford said.

Tense situation here off Blanshard Street as police have surrounded a synagogue.

Officers are circling the building and requesting more police tape to section off the area. #YYJ pic.twitter.com/F1wP3xAUdT

Police took the man into custody at approximately 12:30 p.m. He was taken to hospital with non-life-threatening injuries. 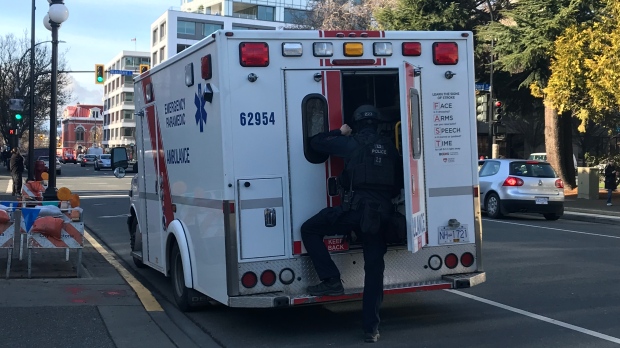 Traffic in the downtown area was significantly affected but is expected to return to normal Monday afternoon.

Rabbi Harry Brechner told CTV News that his synagogue has some clean-up work and repairs ahead of it, but added that he feels sorry for the man who appeared to be suffering with his mental health.

Officers have arrested the man and he is now in an ambulance.

Police say he suffered non-life threatening injuries. While he was in the synagogue he caused damages. #yyj pic.twitter.com/fOFTqvhJdi