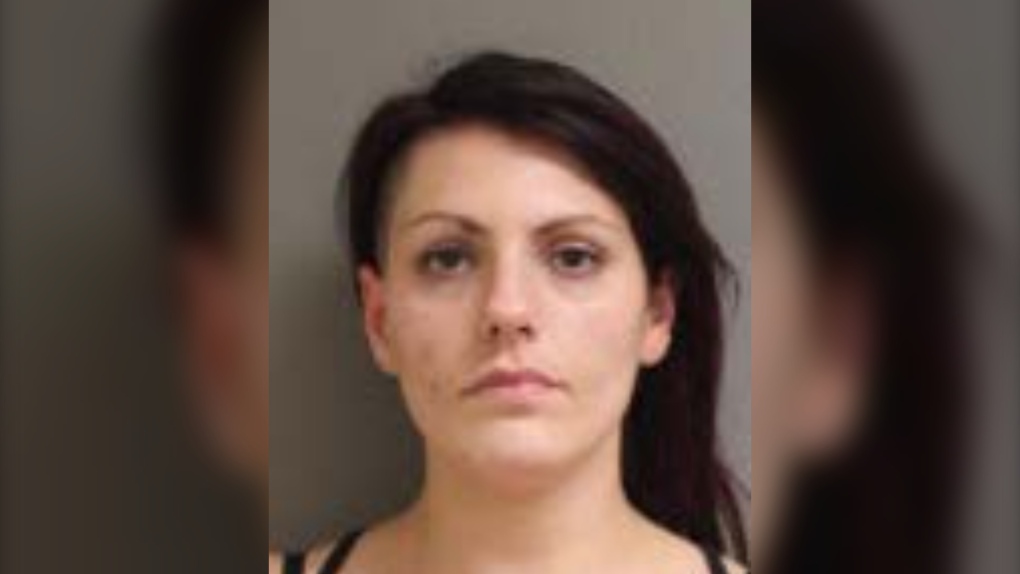 Nanaimo RCMP are searching for Stevie Daniele Pirart, 28, after she failed to appear in court: (Nanaimo RCMP)

VICTORIA -- RCMP are on the lookout for a wanted Nanaimo woman who is the subject of 10 police investigations.

Nanaimo RCMP are searching for Stevie Daniele Pirart, 28, who is wanted for failing to appear in Nanaimo provincial court.

While Mounties are not currently sure where she is, police believe she is living in the Central Island region.

Pirart is described as a white woman who stands 5'9" and weighs 170 pounds. She has brown hair, brown eyes, and has multiple tattoos. On her left forearm, she has a tattoo of flowers and the words "MCCALL BFF." On her right forearm, she has the word "CROWN" tattooed.