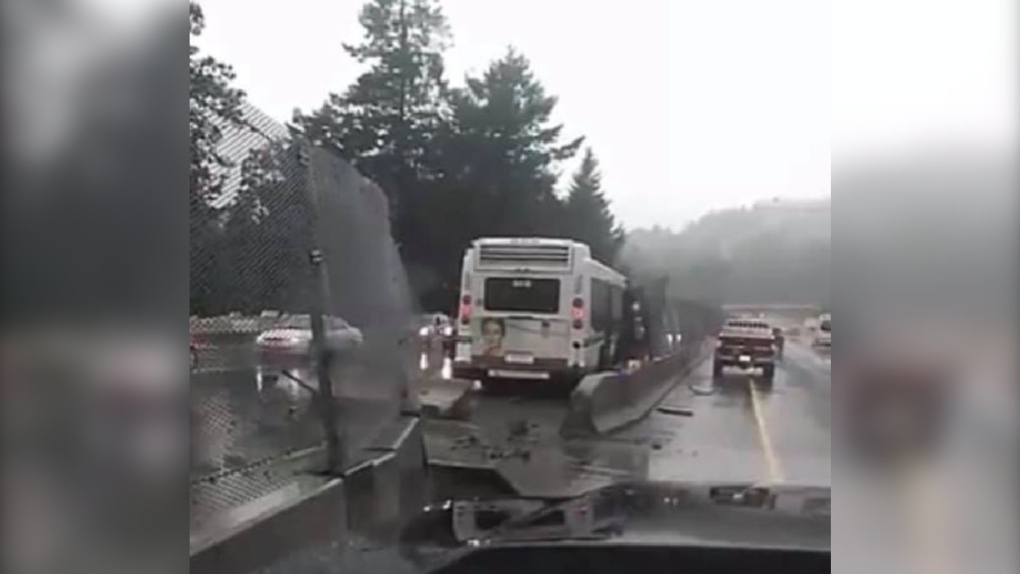 Traffic was briefly halted in the area while police investigated and the damaged bus was towed away. (Ashley Marie Penney)

BC Transit is investigating after one of its buses crashed through a cement barrier on the Trans-Canada Highway in Langford Thursday night.

The driver and sole passenger were both injured and taken to hospital with minor injuries.

The crash happened near the Leigh Road overpass just after 6:30 p.m.

"The bus was travelling northbound on the highway when the driver attempted a manoeuver to change lanes in order to exit the highway," the West Shore RCMP said Friday.

"The bus lost control and collided with the centre meridian."

Traffic was briefly halted in the area while police investigated and the damaged bus was towed away.

Police said that wet conditions on the highway contributed to the crash.

"Safety is our top priority, and we are undertaking an internal investigation into the matter," said BC Transit spokesperson Jonathon Dyck Friday morning.

No charges have been laid but the West Shore RCMP continue to investigate.