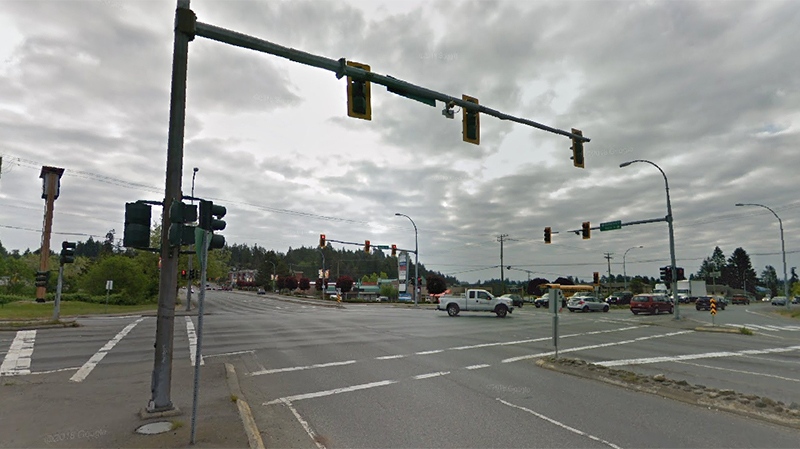 The intersection of Highway 19A and Mostar Road in Nanaimo is shown in an undated Google Maps image.

RCMP say a Nanaimo pedestrian was seriously injured when he was struck by a vehicle while trying to cross a highway early Friday.

The 26-year-old man was trying to cross Highway 19A at Mostar Road at around 1:30 a.m. Friday when it happened, according to police.

Witnesses said it appeared the man was trying to cross the highway against a red light with no pedestrian walk light when he was struck.

Police, firefighters and paramedics responded to the scene and the man was rushed to hospital, where he remained late Friday afternoon.

The driver of the vehicle that struck him, a 51-year-old Nanaimo woman, didn't sustain any injuries. Her vehicle was towed from the scene and will undergo a mechanical inspection.

Police say the investigation into the crash is only in preliminary stages, but they have ruled out alcohol, drugs or vehicle speed as contributing factors on behalf of the driver.