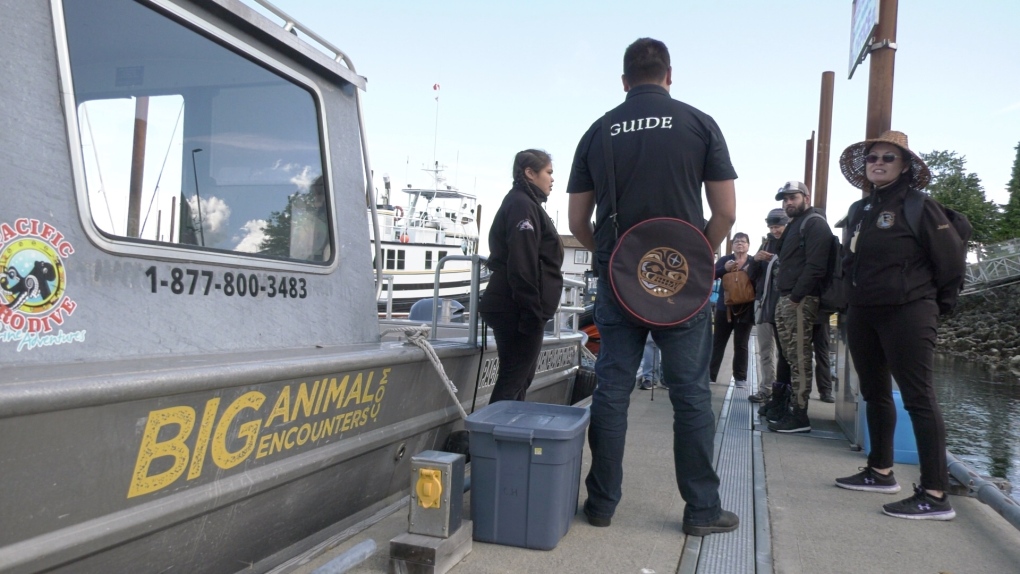 Their grizzly bear tours don't begin until mid-August, but a First Nations tour company in Campbell River has found a way to extend the tourism season.

The tour takes place near the same location along the Orford River where they've been holding grizzly tours for the past 15 years. But guests on this tour are walked into the forest for an experience that connects them with the land.

"It's a chance for guests to learn more in depth about the bears and the bears' habitat," says J.P. Obbagy, Homalco Wildlife Tours' development officer. "But also learn about the traditional uses of the land by the nation, the Northern Coast Salish and other peoples who visited the area."

Visitors are treated to whale watching opportunities on the trip from Campbell River to Orford River near Bute Inlet and then proceed to locations bears can be found later in the season. Guests are also taught about Homalco traditions and culture.

The venture was developed by the band to help meet an increasing appetite for First Nations tourism opportunities.

"The demand that's out there is outpacing the supply and so with what we're doing in Campbell River and mid-central Vancouver Island, the opportunities for the First Peoples here are amazing," Obbagy says.

The band is also using the expanded venture to help with employment opportunities for its youth.

"Youth already have a connection with our land here, it's our traditional territory. We tend to bring youth up, show them the area, show them what tourism is all about," says Kelsie Robinson, a Homalco councillor.

The People, Water, Land Tours run until August 14, when the grizzly tours begin.