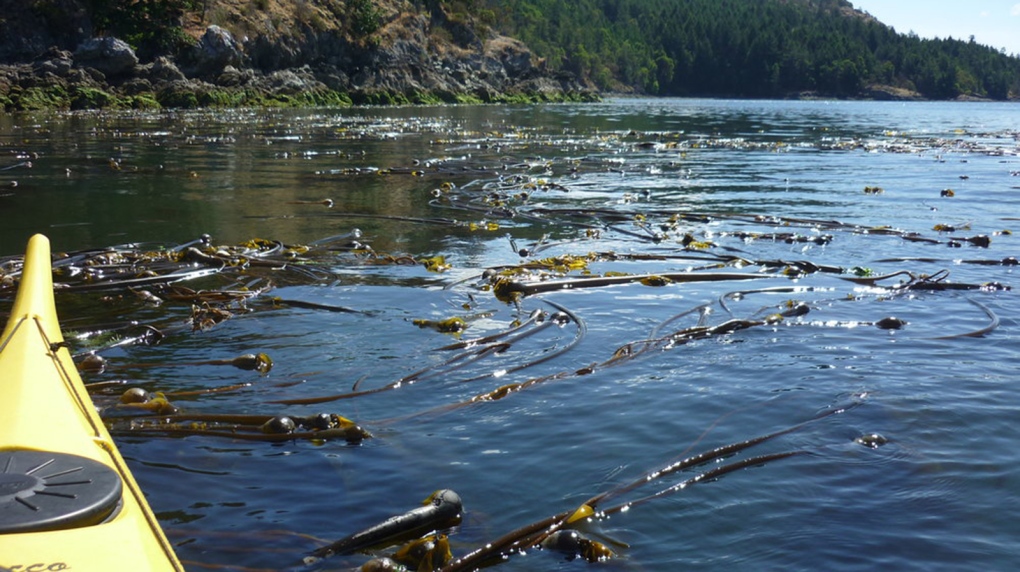 Researchers say the detailed maps of B.C.’s aquatic ecosystems paint a grim picture of the loss of kelp forests in the Pacific Northwest. (University of Victoria)

Researchers at the University of Victoria are using old British naval maps to track the decline of B.C.’s kelp forests.

The historical sketches of B.C.’s coastline date from as early as 1858, courtesy of the British admiralty.

Researchers say the detailed maps of B.C.’s aquatic ecosystems paint a grim picture of the loss of kelp forests in the Pacific Northwest.

“Kelp forests play an important ecological role in the health of our oceans, so when we lose kelp beds, it impacts the habitat of many marine species,” UVic geographer Maycira Costa said in a news release Thursday.

Costa and her fellow researchers are now using the old naval charts to create the first historical digital maps of B.C.’s kelp forests to track their health.

“Kelp was considered a navigational hazard so the British carefully annotated all kelp forests on their charts,” said Costa. “The historical charts increase our understanding of kelp distribution over time.”

The new maps, created in partnership with Fisheries and Oceans Canada and the Canadian Hydrographic Service will serve as a reference tool and provide indicators of the health of key habitats for salmon, herring and other species that rely on kelp for food and protection. 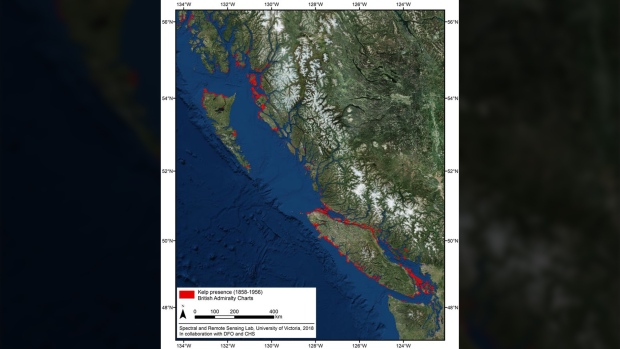