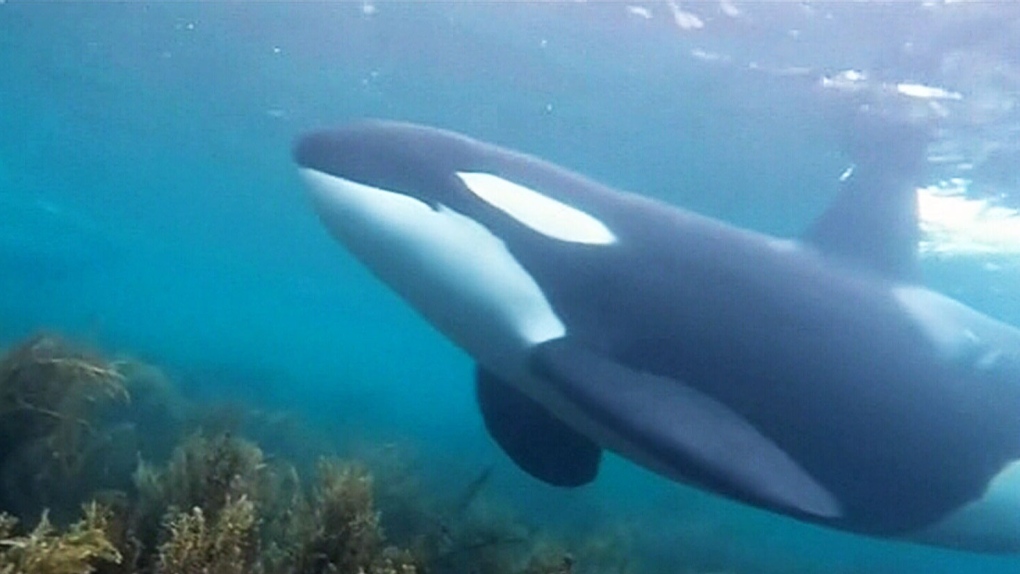 Herring worms, which live in the intestines of marine mammals, have dramatically increased in population since 1962: (File Photo)

VICTORIA -- A population boom of a tiny parasitic ocean worm could be a concern for endangered orcas, according to a University of Washington ecologist.

Concerns of the parasite first emerged in a study conducted by the School of Aquatic and Fishery Sciences at the University of Washington. The study examined the populations of two types of parasitic ocean worms, the Anisakid nematodes – or herring worm – and Pseudoterranova, or seal worm.

Herring worms can make their way up the food chain through krill to smaller fish, then to larger fish before the larva end up in their intended targets, whales.

“We don’t know a tonne about what these worms do to marine mammals, but similar worms in human hosts can have all kinds of nasty effects on people,” said Chelsea Wood, the study’s authour and parasitic ecologist at the School of Aquatic and Fishery Sciences.

“As the burden of these worms increases, it’s possible that marine creatures are suffering some physiological effects of infection.”

“This is still a really rapidly growing field and we’re still in the early stages of our understanding of how the worms affect marine mammals, but I think they represent a significant potential burden on their health,” she said.

The parasite’s potential threat to orca health is already on the radar of marine rescue centres.

Dr. Martin Haulena, head veterinarian at the Vancouver Aquarium and Ocean Wise Marine Recuse Centre, says that when the rescue centre was trying to aid J50, an orca calf that was showing signs of distress in 2018, these parasites factored into which treatments they decided to administer.

“These parasites can potentially cause a problem, particularly for young animals that are getting their first parasite load and also for animals that are already compromised with some other underlying reasons,” Dr. Haulena told CTV News.

Unfortunately, efforts to help J50 failed and she was presumed dead after a few days without any sightings.

Dr. Haulena says that research into the parasites is important work.

“Every little bit of information we get about our local environment is really, really important,” he said.

“It forms an important piece of that whole puzzle so that we can all understand what’s going on out there.”

Wood says that the parasites aren’t only a problem for whales. An increase in parasites means that the organisms can make their way into food items, like sushi, more often.

“I still eat sushi,” said Wood. “Seafood processors and sushi chefs are really good at pulling those worms out of fillets that are going for human consumption.”

“Anisakidosis is not a huge issue when you compare it to some of the other infectious diseases that we’re facing right now, but that said, no one like to throw up after they eat sushi,” she said.

Woods says there are several reasons why herring worm populations may have exploded.

In 1972, the Marine Mammal Protection Act came into place, allowing aquatic species of all kinds to rebound. As marine mammal populations rose, so did host populations for parasites to thrive in.

Meanwhile, nutrient run-off from farms has led to phytoplankton blooms which could help the increase of the parasite’s population.

Wood says that climate change could also be a factor.

However, the parasitic ecologist notes that the parasite’s population boom could be a sign that things are going well in ocean ecosystems.

“It’s possible that as marine mammals have been doing better, their parasites have profited alongside them.”

Wood says she hopes to find the cause of the population boom to see if this is an issue that needs to be pursued, or if it’s a signal that things are going well in ocean ecosystems.