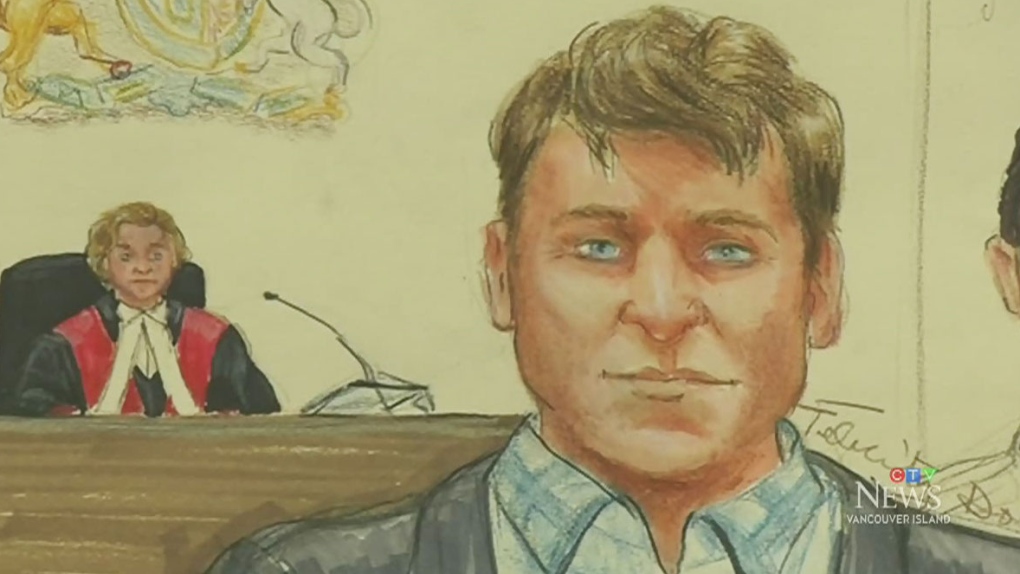 More disturbing testimony was heard Tuesday at a trial for an Oak Bay man accused of murdering his two young daughters on Christmas Day in 2017.

Andrew Berry is accused of killing his daughters, six-year-old Chloe and four-year-old Aubrey, whose bodies were found in Berry's Beach Drive apartment. He has pleaded not guilty to two counts of second-degree murder.

In court Monday, an advanced care paramedic who responded to the murder scene continued her testimony about what she saw that day.

Hayley Blackmore said she was cooking Christmas dinner for the ambulance station when the call to respond to Berry's apartment came in.

She testified that it was very dark in the apartment when she entered a cluttered bedroom to find one of the deceased victims with multiple stab wounds and a wound to her wrist. The victim was curled up on a queen-sized bed facing away from Blackmore, she said.

Blackmore resumed her testimony Tuesday morning to say she touched the child to try to get a pulse, but her body was stiff and cold to the touch.

She left the bedroom and went into another bedroom with a police officer, finding a second child on a bed against a wall.

She said she determined her body, like the other child's, was stiff and no life-saving measures would be needed for either victim.

Blackmore said that she did not enter the bathroom where Berry was allegedly found. A firefighter had previously testified he found Berry naked and gravely injured in a bathtub.

She testified that she heard somebody in the bathroom say the word "kill," and she became concerned for the safety of other paramedics on scene, ordering them out of the apartment.

After she ordered everyone out she said she saw the patient being carried out of the bathroom and into the suite's hallway.

She said she sent someone to get restraints for the patient because the "kill" comment was concerning, but the restraints were never used.

She said she felt "overwhelmed and sick" during the incident and was most concerned about the severity of his neck wound.

Blackmore said she had attempted to write up a patient care report but had to begin again because she made a mistake and wanted to start fresh.

A cross examination of Blackmore was expected to take place later Tuesday.