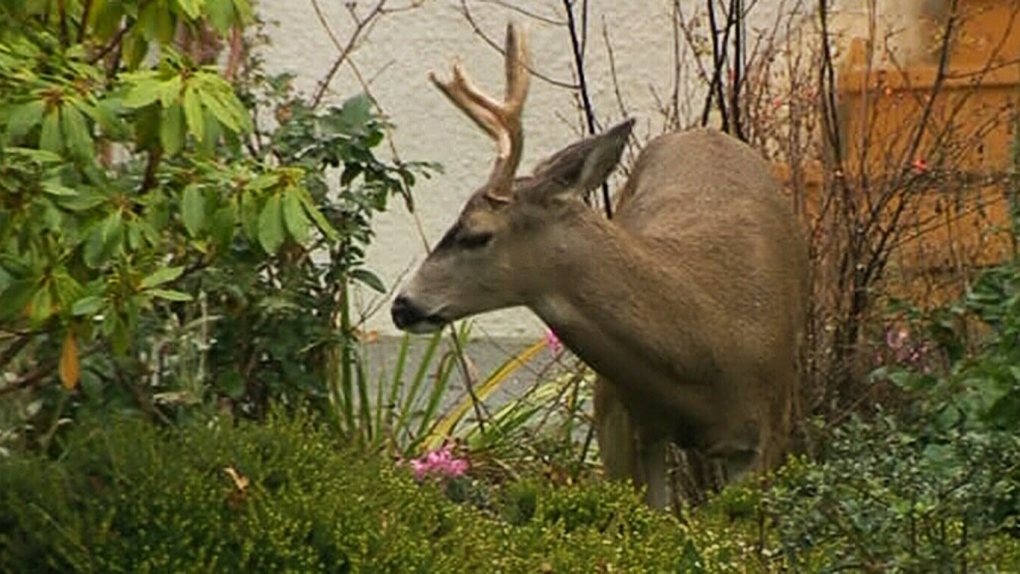 As Oak Bay prepares to give its problematic deer population birth control, researchers have revealed the answer to a question the district has never really figured out: How many deer are there in Oak Bay?

We are 95% sure that there are between 72 to 128 deer in Oak Bay,” says Dr. Jason Fisher, the scientific lead on a project that has been monitoring black-tailed deer since last Spring. “It’s most likely that the number is sitting around 97,” he says.

Fishers team also observed an increase in deer detections in south Oak Bay and the vicinity near Uplands Golf Club.

Monitoring the deer is a required step in the lead up to Oak Bay’s latest tool to deal with its escalating deer population. In the summer Oak Bay’s mayor says the district will finally begin administering birth control.

“We are pretty well setup to tackle this,” said Murdoch speaking on CFAX 1070.

According to the mayor, Oak Bay has a permit to inoculate 80 deer which involves tranquilizing the deer and administering a birth control serum. After injecting the contraception, the deer would then be tagged. The following year, each of the tagged deer would have to be relocated and administered a booster shot using a dart gun. The process would be executed by the non-profit Urban Wildlife Stewardship Society.

“If we’re doing 80 deer and there are really 97 we’re getting pretty much every doe in Oak Bay so that should have pretty good impact,” says Murdoch.

This week Oak Bay council is being presented with a progress report on the deer monitoring project that uses a technique called “spacial capture recapture”. According to Fisher, the technology was first used to monitor white tail deer in the Alberta oil patch in 2016 but this is the first time it is being used in BC.

In 2015, Oak Bay culled 11 deer after an increase in human-deer conflict. The strategy sparked criticism from animal rights groups, while some residents wanted the cull to stop deer from eating their gardens and hedges.

The deer monitoring program is scheduled to last three years.