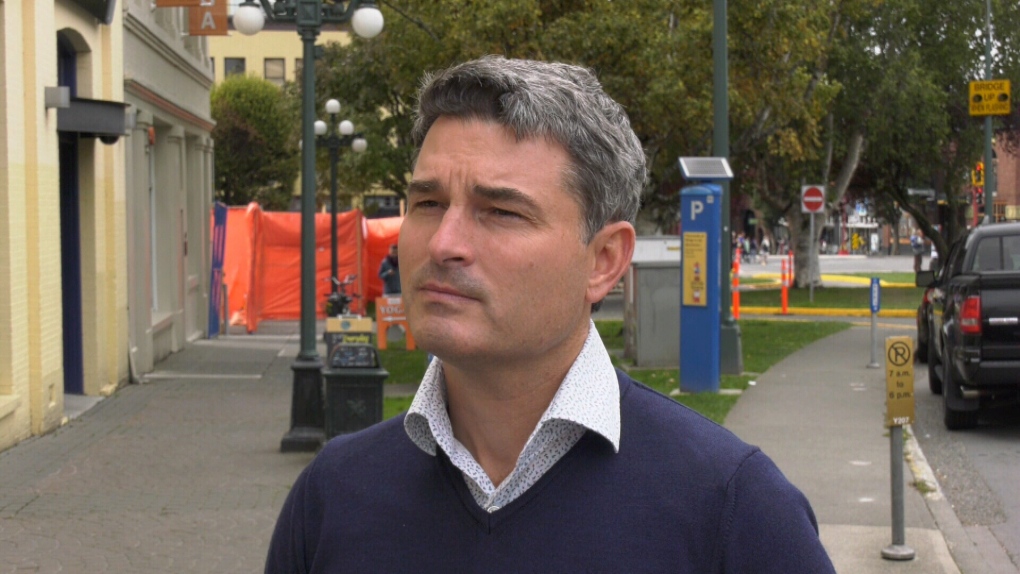 The District of Oak Bay has repeatedly denied one family's request to remove two large trees from their property, which they describe as a significant safety concern.

The family lives along Cadboro Bay Road and grew concerned about the trees after a windstorm knocked a large branch onto the roof of their house and onto their patio, causing damage.

"Although substantial pruning work had been undertaken in the past, by myself and previous owners, there was still a significant failure resulting in a large deodara [cedar] branch falling on the roof of our house – right above where our 2 year old son sleeps – cascading down to the patio and damaging – to the point of no repair – a patio chair and table," said the homeowners in an appeal letter to the municipality.

"If there happened to be a guest or family member in the path of the tree they would surely have been killed – there is no doubt about this," they added.

However, the municipality has denied the removal of the two trees, saying that the trees are healthy and have been pruned to reduce their safety risk.

In a letter dated Sept. 5, municipal arborist Chris Paul told Oak Bay's manager of parks, Chris Hyde-Lay, that the trees did not qualify for removal under the city's tree-cutting bylaws.

Specifically, the trees did not meet the requirements of Section 6(1) — which only allows for the removal of hazardous trees which are dead, dying, severely damaged, unstable or in danger of falling — and didn't constitute a cause of foreseeable damage to a building.

On Wednesday, Oak Bay Mayor Kevin Murdoch told CTV News that while cases like this rarely have a clear black-and-white answer, the municipality tends to base its rulings on the recommendations of professional arborists and staff.

"These kinds of decisions are always difficult, there's never a clear right or wrong," said Murdoch.

"In this case, there was a consideration of health and safety if another branch fell off one of these trees, and we have to balance that health and safety issue — that has to be paramount at all times," he said. "On the other hand, that can happen with any tree at any time and we can't take down all trees just because they have branches."

"At the end of the day, we do rely quite heavily on the professional arborists and the staff to review those and let us know the health of the trees and if there's any significant or exceptional risk," added Murdoch. "There wasn't in this case and that was the tipping line for council, I believe."

Murdoch said he applauded the efforts of the homeowners, who clearly wanted to maintain a tree canopy on their property and go about the removals in the right way. In the meantime, the trees remain.