Number of animal cruelty calls higher than ever, BC SPCA says 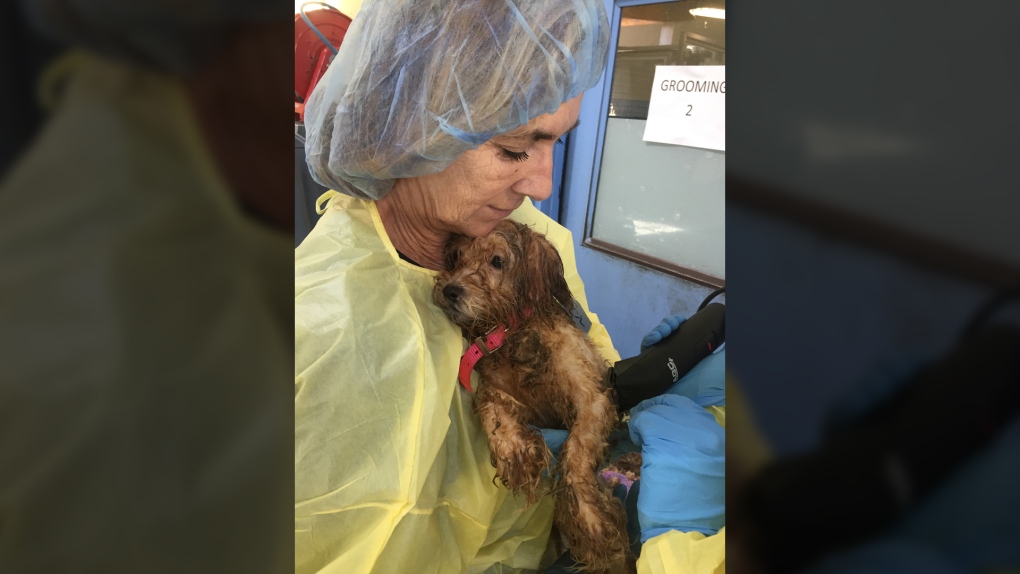 Forty-five Havanese and Havanese-cross dogs from a home on Vancouver Island were voluntarily surrendered to the SPCA by an owner who used to breed the animals. (BC SPCA)

The hub for all animal cruelty calls across the province is a small, unassuming office in View Royal.

That’s where a handful of SPCA staff field upwards of 100 calls a day from all over B.C., most reporting concerns about animal cruelty. After getting a call, staff then dispatch one of 30 full-time, province-wide animal protection officers to investigate.

Dauphinee says three full months into 2018, and animal cruelty calls are on pace to set a record.

There have been roughly 150 more calls than this time last year. The numbers have been on a steady rise since the centre opened five years ago, a trend she attributes mainly to growing public awareness about the service and its toll free number (1-855-622-7722).

One of the centre’s most challenging, but ultimately rewarding calls, happened last week. That’s when someone reported multiple Havanese mixed dogs in distress. It turned out that 45 dogs from a home on Vancouver Island were voluntarily surrendered by an owner who used to breed the animals.

The dogs’ fur was matted, with many covered in feces and urine. Annie Prittie Bell, branch manager at the Victoria SPCA described it as the worst case she had seen in her time with the SPCA.

“When we took that report we had no idea that it was going to end up with the [surrender] of 45 dogs in extremely bad condition," says Dauphinee.

She acknowledges her team doesn’t do all the heavy lifting, but says she’s proud of the role they play in keeping animals across the province safe. “We are the first response for people to get somebody out there to start dealing with the cruelty and the welfare concerns," she says.

The Victoria SPCA shelter reopened Wednesday after being closed for several days while it scrambled to care for the 45 distressed dogs.

Thirty-two of them have now been transferred to shelters elsewhere in B.C., while 13 remain in Victoria. All the dogs will l be adopted out to permanent homes, once they’re ready, likely in a couple of weeks.