Not everyone gets the message as B.C. tests wireless tsunami alerts 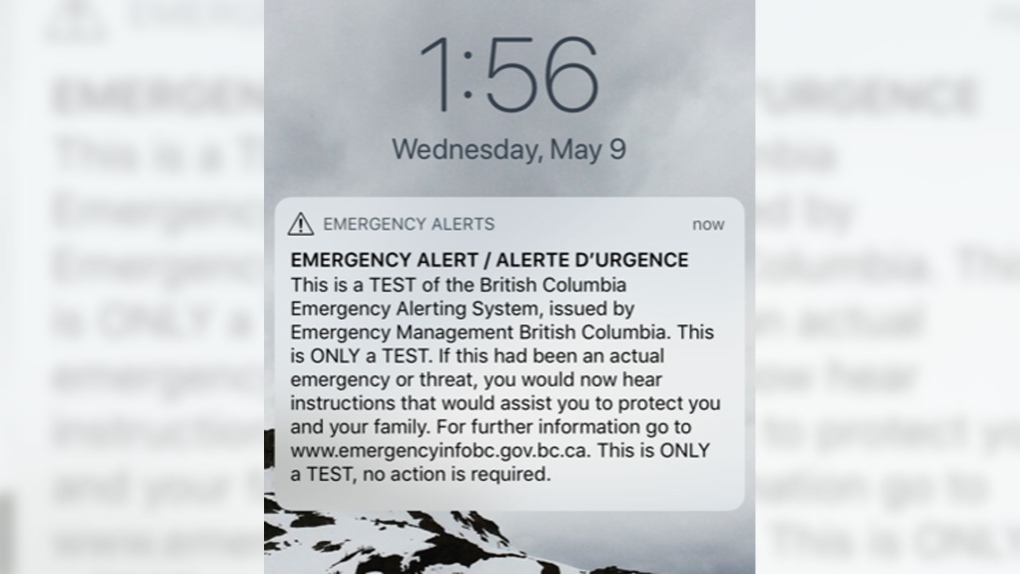 The province conducted a second round of emergency alert tests on wireless devices today.

At 1:55 p.m., text alerts were pushed to mobile phones as well as routine television and radio tests.

"The key to emergency alerting is to reach as many people on as many communication platforms as possible," said Mike Farnworth.

But not everyone received the alerts. CTV News put five cell phones to the test, but only two were pushed the alert. Meanwhile on social media, many British Columbians said they were frightened by the sudden noise, while others say they never recieved it at all.

The province expanded its Alert Ready system to include cellular devices in April this year and conducted a test of the system in May.

It was implemented a few months after a 7.9-magnitude earthquake off the coast of Alaska prompted tsunami alerts for much of coastal British Columbia.

The warning was eventually cancelled when it became clear tsunami waves would be too small to do any damage.

But the incident underscored the need for a unified alert system after different municipalities each issued their own notifications, leaving some British Columbians confused.

The new wireless emergency alerts will only be used for potential tsunami threats at first, but the province plans to expand it to include other emergencies and hazards in the future.

"Alerts can provide valuable information and notice, but individuals also have to do their part," said Jennifer Rice, Parliamentary Secretary for Emergency Preparedness. "As you ensure your devices have up-to-date software and are compatible for the alerts, also take the time to prepare your emergency kit and create a plan for hazards."

"This is a TEST of the British Columbia Emergency Alerting System, issued by Emergency Management British Columbia. This is ONLY a TEST. If this had been an actual emergency or threat, you would now hear instructions that would assist you to protect you and your family. For further information go to www.emergencyinfobc.gov.bc.ca. This is ONLY a TEST, no action is required."