No additional COVID-19 deaths in B.C. for 6th straight day 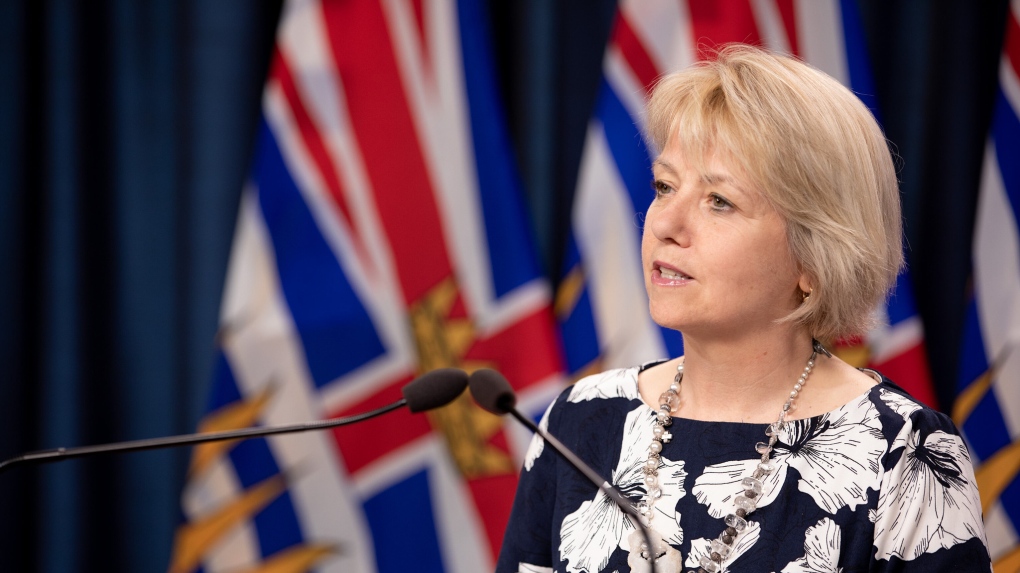 They also announced eight additional test-positive cases of the virus, bringing the total identified since the coronavirus pandemic began to 2,783.

Of that total, there are 190 active cases of the virus, including 10 people who are hospitalized, five of whom are in intensive care.

Dix said he was pleased that B.C. has seen fewer deaths from the virus in recent weeks, with the death toll remaining at 168. He praised the efforts of health-care workers and officials across the province in responding to the virus.

"Only one person in the last 12 days has passed away," Dix said.

One of the new cases identified in the last 24 hours is a teacher who works at an independent school in the Fraser Health region, Henry said, adding that the school has stopped in-classroom instruction for the rest of the school year as a precaution.

Henry stopped short of calling the teacher's illness a "community outbreak," though health officials have been working to trace the teacher's close contacts.

"Given that we still have spread of COVID-19 in our communities, this is not surprising," Henry said of the situation. "It is something that we were preparing for and monitoring as children and teachers and educators went back to in-classroom schooling at the beginning of the month."

The provincial health officer said there have been no additional community outbreaks in the last 24 hours, and one such outbreak - at the Nature's Touch fruit processing plant in Abbotsford - has been declared over. There are three ongoing community outbreaks, Henry said.

There have also been no new outbreaks of the virus at health-care facilities, though two such outbreaks were announced in a written statement Wednesday.

There are seven ongoing outbreaks at such facilities, including six in long-term care homes for seniors and one in a hospital acute care unit.

The three most recent health-care outbreaks - at Mission Memorial Hospital, Maple Hill care home in Langley and Tabor Home in Abbotsford - are all linked, and Henry said health officials are monitoring all three facilities very closely.

"As these new health-care outbreaks demonstrate, this virus can quickly spread, and often undetected," Henry said. "That is the challenge that we face … people may not know that they are infectious to others, and this can lead to multiple cases in multiple locations very quickly until it's recognized."

The provincial health officer said B.C. will likely continue to see similar clusters of virus transmission "for the foreseeable future."

"We have done an amazing job here in British Columbia bending our curve, but we have not yet - nor is it likely that we'll be able to - eliminate the virus completely from our communities in the near term," Henry said.

As of Thursday, Dix said, the provincial health order limiting workers at long-term care facilities to a single site has been fully implemented. That order was put in place in March with the goal of preventing the transmission of the virus between facilities, but fully implementing it had been a challenge because of the complex ownership and employment structure in the long-term-care industry.

The health minister said he was pleased with the efforts of stakeholders at all levels across the system to ensure that the single-site order could be put in place.

"It's important to do the work, not just make announcements," Dix said. "People have done the work, and our health system and our residents and our seniors and our workers are better for it, and I am very, very proud of all of them."