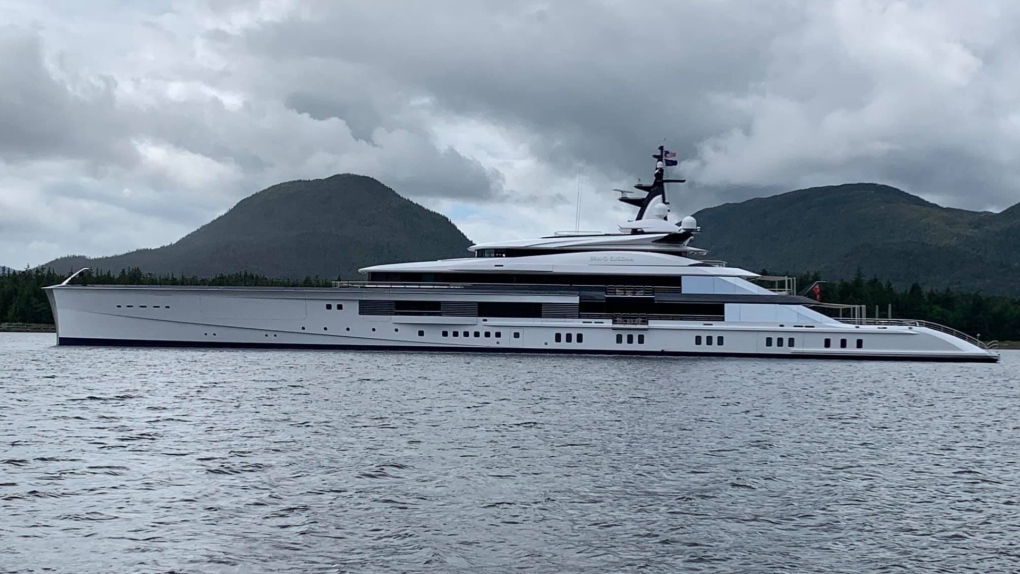 VICTORIA -- The physical embodiment of opulence on the high seas has been spotted multiple times off Vancouver Island this week.

On Tuesday, reports started to trickle in that a quarter-billion-dollar yacht, owned by Dallas Cowboys football team owner Jerry Jones, was traversing the Johnstone Strait between mainland British Columbia and Vancouver Island.

According to vessel tracking website marinetraffic.com, the enormous boat travelled from the northern tip of Vancouver Island and down the east coast over the past two days.

On Wednesday, the tracking website showed it had docked in Seattle.

Deanna Fourt was vacationing north of Courtenay when she saw the vessel Tuesday evening.

"It was immense," Fourt told CTV News. "It really caught your eye when you saw it moving on the water."

Fourt, who is a Vancouver Island resident, says the super-yacht was even more eye-catching because so few vessels are travelling the route at the moment.

"We aren’t seeing many mega-yachts going by and no cruise ships," she said. 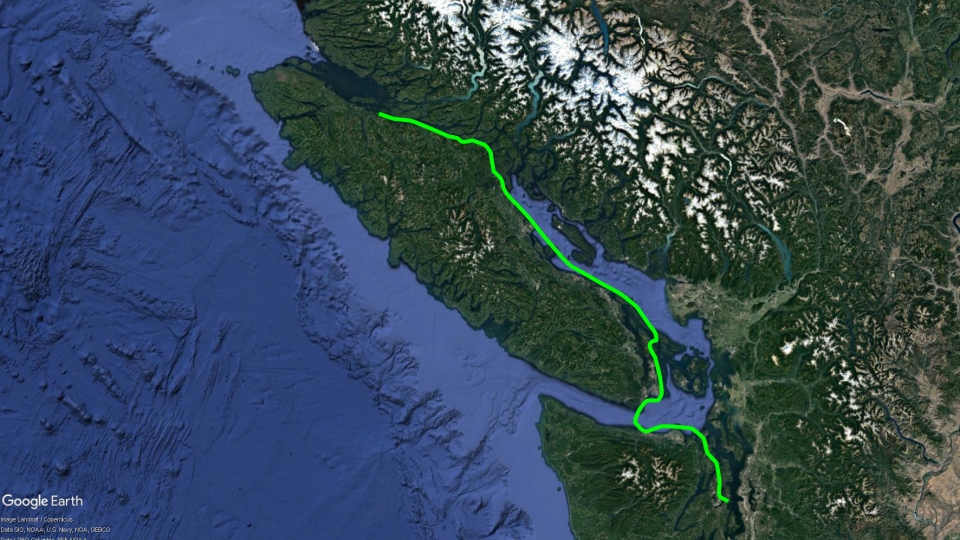 The route taken by the yacht around Vancouver Island, according to marinetraffic.com.

Jones, the NFL team owner, is reported to have purchased the floating mansion for US$250 million in 2019.

According to Forbes.com, the super-yacht is 109 metres long and boasts two helipads.

It also comes with a garage and a selection of power boats, a spa, steam room, massage parlour, rain shower and a beach club.

Pictures of the inside of the vessel are rare, but some social media posts from NFL reporters hint that Jones may have an extravagant office onboard where he makes trades and picks for his team.

Jones is said to have named the vessel Bravo Eugenia after his wife, Eugenia Jones.

In early July, the Bravo Eugenia was spotted in Ketchikan, Alaska.

The sleek, white yacht, which is nearly as long as an NFL football field, appears to dwarf nearby waterfront homes as it floats by.

During the vessel's foray into Canadian waters, it does not appear to have docked, but the question now is should the behemoth ever have entered Canadian waters?

According to the Canada Border Services Agency, crossing the border for recreation or tourism is currently banned. However, there are exemptions for those transiting Canadian waters if they travel from one place outside of Canada directly to another place outside Canada without stopping onshore.

"The transit must be direct, continuous and uninterrupted and by the most reasonable route," a CBSA spokesperson told CTV News on Wednesday.

"Should an officer have any doubts with regards to the traveller’s intended purpose, they will require the traveller to prove/substantiate their purpose of travel."

The CBSA says failure to adhere to guidelines of the Quarantine Act could lead to fines of $750,000 or six months in jail.

“We felt a little uncomfortable and hoped they wouldn’t stop,” Fourt said.