New gargle COVID-19 test expanded for use in B.C. adults 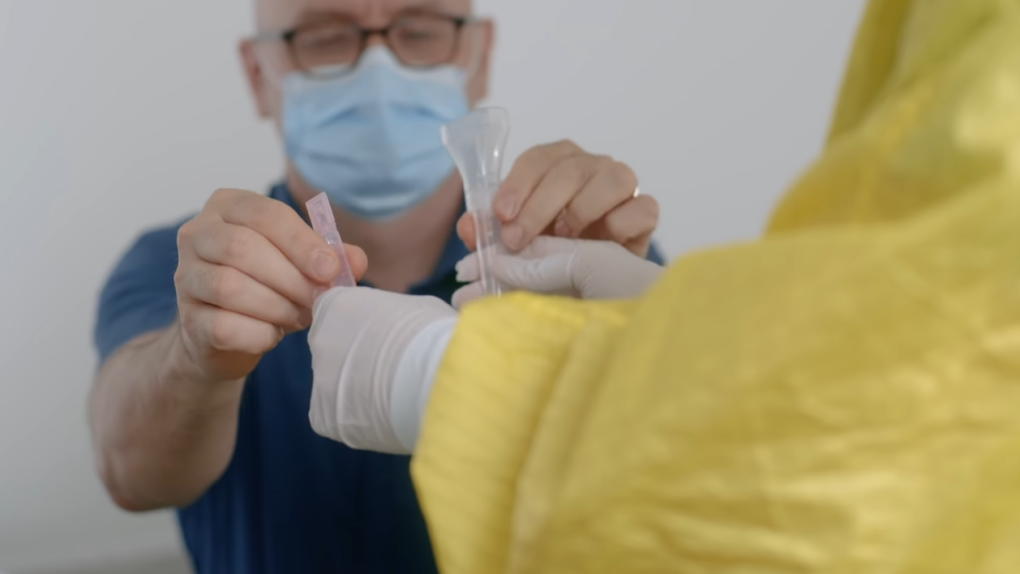 B.C.’s new swish-and-spit COVID-19 test has been expanded for use among adults: (Provincial Health Services Authority/YouTube)

VICTORIA -- There is a new option for many B.C. adults who are going through the nerve-fraying ordeal of having a COVID-19 test.

According to the BC Centre for Disease control, saline gargle tests are now being offered to adults on the Lower Mainland and on Vancouver Island.

Originally, the tests – which are far less invasive and potentially painful than a nasal swab – were brought into B.C. for use in K-12 students. But now the province is expanding its capacity and use.

"There was immediate interest to use this for adults too," said Heather Amos, a spokesperson with the BC Centre for Disease Control.

"We considered feasibility, capacity and supplies. Now we are beginning to roll it out to adults in parts of the province," she said.

The new swish-and-spit option is already being used on Vancouver Island and the Lower Mainland, but eligibility requires some education.

Public Health operators will now ask if a person wants to forgo the nose probe test with the gargle option.

If the patient chooses the new method, they will have to totally fast from food and drink for an hour before their test is administered at a collection site.

On top of abstaining from food and drink, the BCCDC says patients should refrain from putting anything in their mouth before the test. This includes smoking of any kind, and even brushing your teeth.

The BC Centre for Disease Control says it plans to expand the gargle test to other health regions beyond Vancouver Island and the Lower Mainland in the near future.