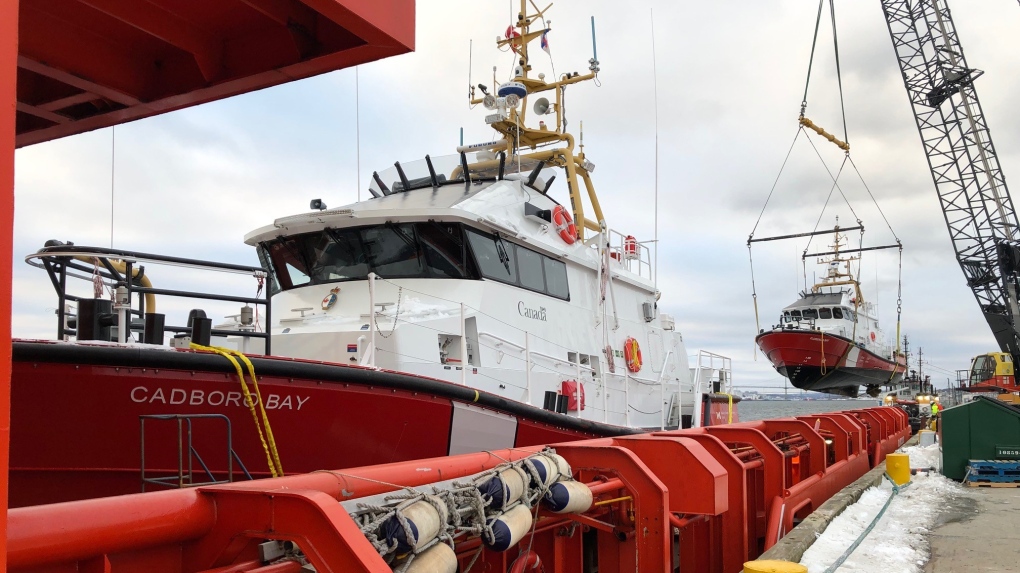 The new Canadian Coast Guard search-and-rescue vessels, the CCGS Cadboro Bay and CCGS Florencia Bay, are loaded onto a transport ship in Dartmouth, N.S. in February 2021. (Fisheries and Oceans Canada)

The search-and-rescue vessels arrived in Victoria on Tuesday aboard the Atlantic Condor, a transport ship that left Dartmouth, N.S. with the cargo on Feb 18.

The new “Bay Class” vessels – CCGS Cadboro Bay and CCGS Florencia Bay – are high-endurance lifeboats that will respond to distress calls and conduct marine searches up to 100 nautical miles from shore.

The vessels will also be equipped to respond to marine pollution incidents such as oil spills.

The vessels are 19 metres long, have top speed of 25 knots and can self-right if capsized, according to the Coast Guard.

Before deployment, Coast Guard crews will be training on the vessels in and around Victoria.

The vessels are among 20 new search-and-rescue lifeboats the Coast Guard is receiving as part of a fleet renewal program. To date, eight of the new vessels have been delivered across the country.