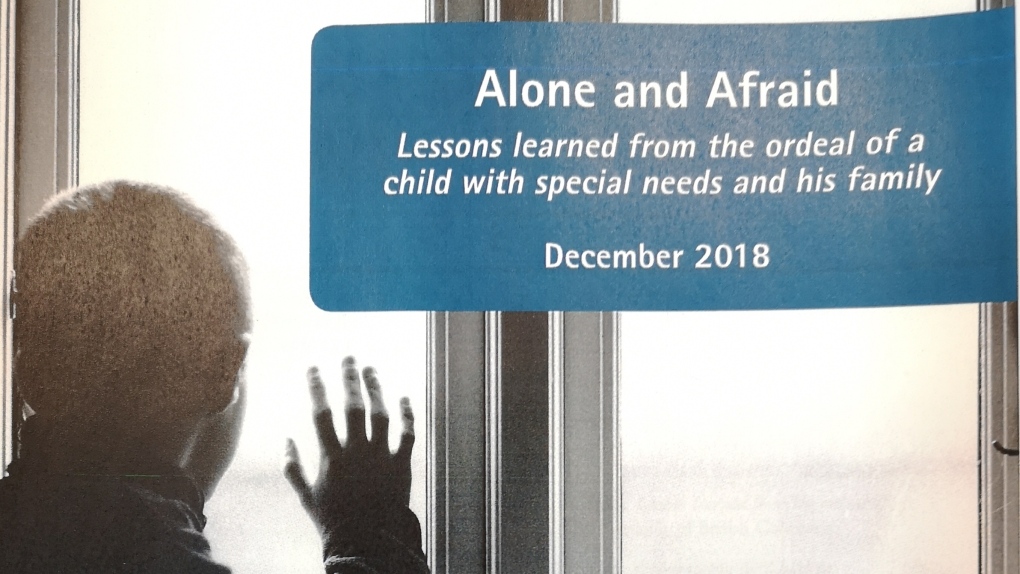 VICTORIA - The plight of a 12-year-old boy who endured years of neglect and malnutrition should lead to an overhaul of the child welfare system in British Columbia to support kids with complex needs, says the children's representative.

Jennifer Charlesworth said Monday when the boy was removed from his family home in January 2016 he weighed barely 30 kilograms and could only scream as he held onto paramedics.

Her report, “Alone and Afraid,” said the boy she called Charlie, which is not his real name, reached his shocking state despite multiple interactions with the Ministry of Children and Family Development as well as the health-care and education systems.

The report makes 11 recommendations to three government ministries, including a restructuring of services at the Children's Ministry for those with special needs.

“Some of the first responders who found Charlie alone, naked and filthy, unable to walk and living in a bedroom covered in garbage and feces, were traumatized,” Charlesworth told a news conference.

She said Charlie is now living in specialized foster care, is back in school and thriving.

The boy and his family were known to the ministry since 2006, said Charlesworth.

The ministry received eight child protection reports about Charlie but a social worker had never met with the boy until the day he was removed from his family, she added.

Children's Minister Katrine Conroy said in a statement she was horrified to learn what Charlie went through and the ways in which he was let down.

“It's simply inexcusable,” she said. “The failings outlined in this case must be addressed. They are against policy and the province needs a system that ensures social workers are able to put eyes on kids who are the subject of protection concerns. Investigations must be complete, including seeing the child of concern, before closing a file.”

Charlesworth said Charlie, who has autism and is non-verbal, lived in extreme poverty with a mother who had difficulty caring for her son without supports. She said he was not diagnosed with autism until he was six years old and missed out on early life treatment programs that were available.

“Charlie's story shows us we need to make changes to those systems,” she said. “Charlie and his family would have benefited from a case co-ordinator, one person to help them navigate this complex array of services.”

The report also calls on the Children's, Health and Education ministries to improve information sharing among service providers.