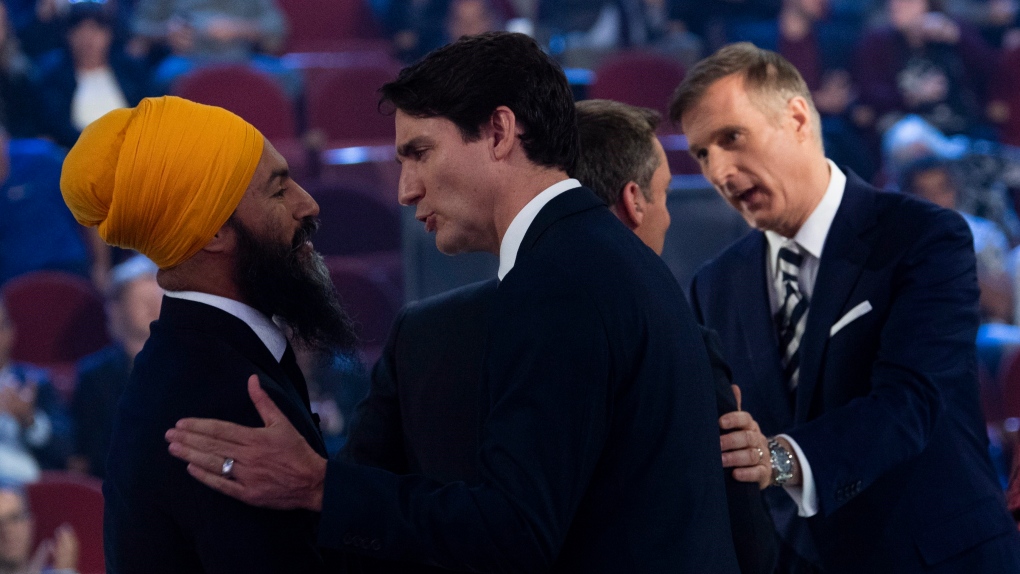 He said he will also push Trudeau to drop the government's legal challenge of a recent Canadian Human Rights Tribunal ruling that ordered Ottawa to pay $40,000 each in compensation to Indigenous children who were wrongly placed in foster care after 2007, as well as to their parents or grandparents.

He also mentioned dental care, affordability for Canadians and housing as topics for their discussion.

“These are priorities that we want to deliver on and have committed to speaking about. Our opportunity to move forward in a way that's respectful for Indigenous people and that means dropping the appeal,” Singh said.

At the head of a government that doesn't hold a majority of seats in the House of Commons, Trudeau needs support from at least one other party to pass any piece of legislation and demonstrate his Liberals hold the confidence of the legislature. The first test of that will be a vote on the speech from the throne when the House sits again in early December.

The speech lays out the government's broad plans and if the Commons doesn't pass it, Trudeau would likely have to relinquish power. He's been meeting opposition leaders one at a time this week to suss out what it will take to get their backing.

Singh has said he's not issuing ultimatums, but his party would be willing to vote against the throne speech if it doesn't acknowledge the NDP's requests somehow.

Trudeau said it was a pleasure to welcome the NDP leader to his office.

He said the meeting is “an opportunity to talk about the many things we have in common in our perspectives, because Canadians expect us, as always in the House, to work together to serve them according to their priorities and desires and that's really something we're very much focused on, working with all parties in the house.

This report by The Canadian Press was first published Nov. 14, 2019.