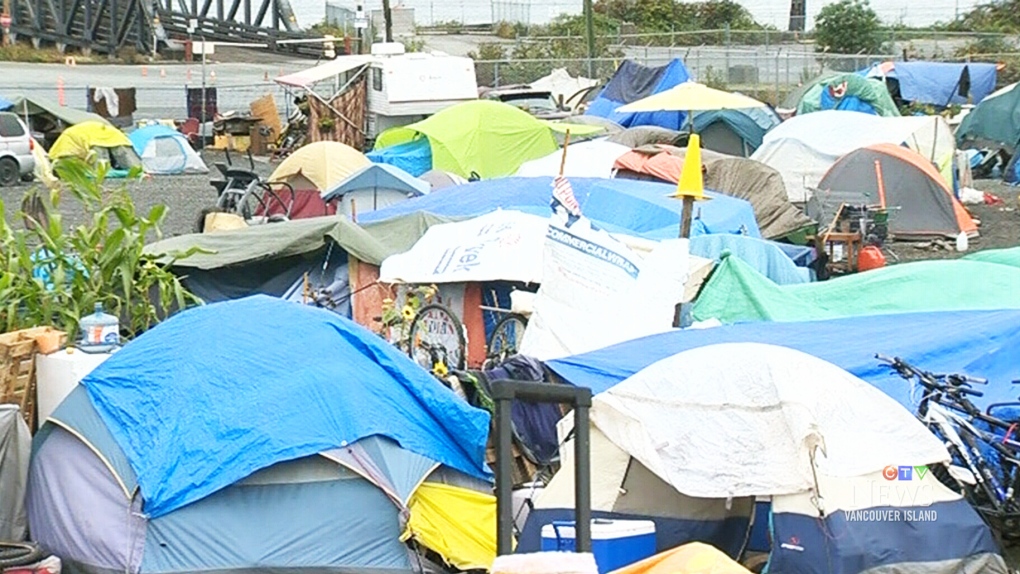 Tents are seen at the encampment on Nanaimo's downtown waterfront in this file photo. (CTV Vancouver Island)

Homeless people who have been living in a tent city along Nanaimo's waterfront for months will get a little more time before they're forced to leave.

The City of Nanaimo says it has deferred a court order that would've allowed it to dismantle the camp, dubbed "DisconTent City," on Friday.

It comes after a lawyer representing tent city campers asked a B.C. Supreme Court judge applied for an extension to the court-ordered deadline.

The lawyer and other advocacy and health groups argued for the extension, saying campers should not be forced to move until 170 temporary modular housing units were installed in the city. That's expected to happen within the next week.

The extension request will be considered in court on Friday, Oct. 19.

"The City is respecting the court's need to consider the application and will defer the existing court order for closure until the outcome of the application is known," the city said in a news release.

Nanaimo Mayor Bill McKay said closure of the camp is still the end goal, and public safety is its number one priority.

Lawyers for the city will file a response to the court application Tuesday morning, once they've had a chance to deliberate, the city said.