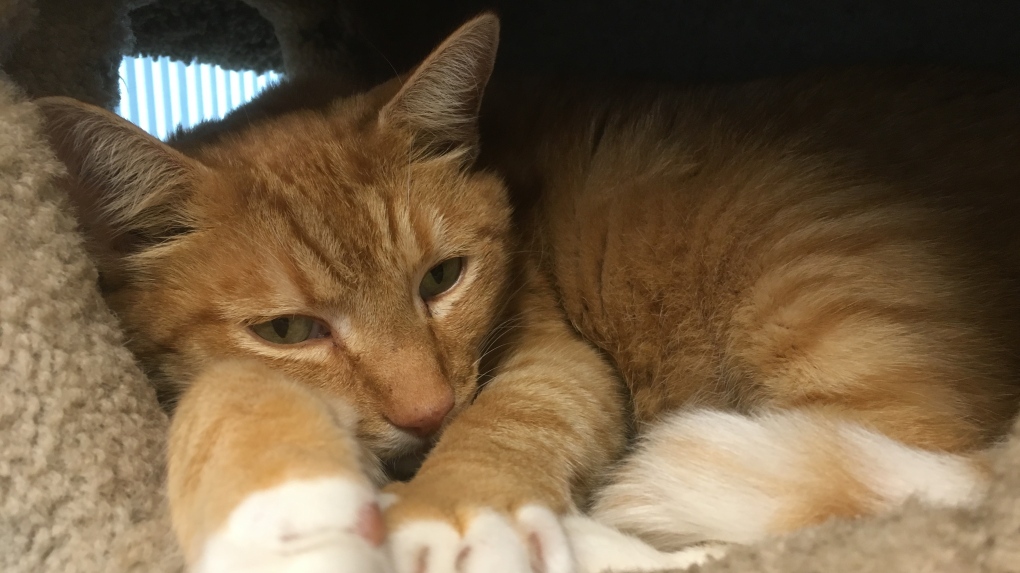 Despite his debilitating pain, the orange cat has served as a calming figure to other discarded pets. (Nanaimo SPCA)

A stray cat in Nanaimo is in chronic, all-consuming pain and veterinarians say that won’t change without costly surgery.

Staff at the BC SPCA branch in Nanaimo say the stray named Fizz was suffering when he came in to their care.

Fizz, an orange tabby-style cat has severe ear infections in both ears and multiple polyps in both ear canals. SPCA officials say the street cat is receiving medication to keep his pain at bay, but will need intensive surgery to repair his ears and live without pain.

“Fizz is a social butterfly who loves to snuggle with people and other cats,” said Leon Davis, a Nanaimo SPCA branch manager.

Despite his debilitating pain, the orange cat has served as a calming figure to other discarded pets.

According to SPCA staff, Fizz has befriended a small, scared kitten named Snacks. 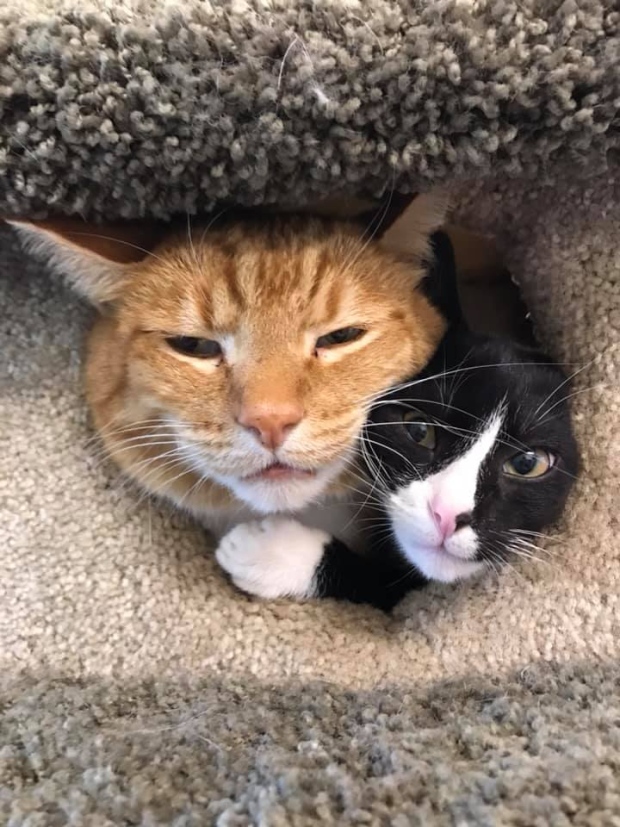 Snacks and Fizz now spend most days together snuggling in the communal cat room. Snacks has reportedly gained a large amount of confidence because of his friendship with the hearing-impaired cat.

The SPCA is now asking for donations to pay for the surgery, which will cost well over $6,000. Fizz will be placed up for adoption if he is able to get the surgery. The recovery time before he can be adopted to a forever home would be at least six weeks.

Anyone wishing to help the Nanaimo SPCA pay for Fizz’s surgery can visit their website here.