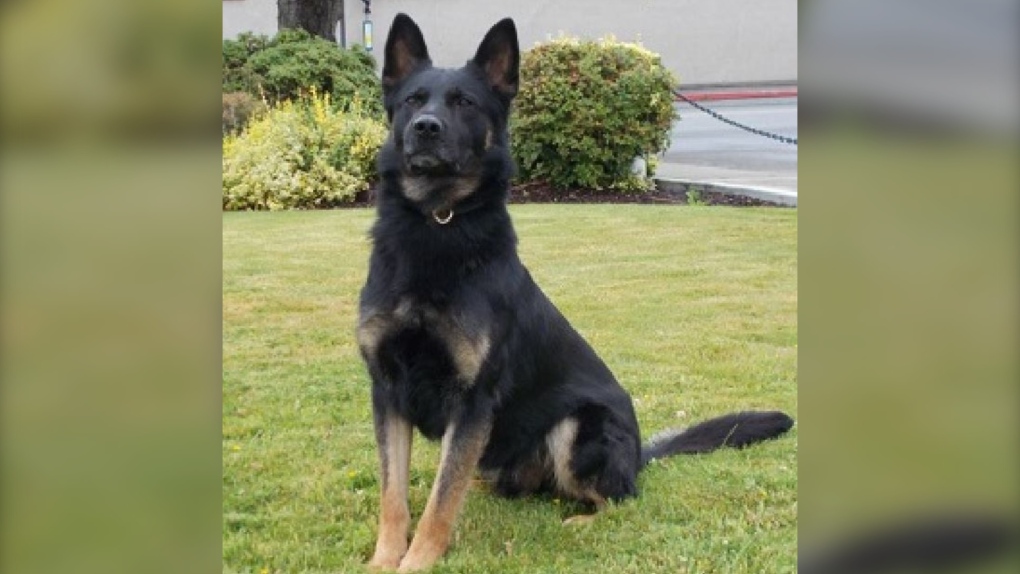 A 36-year-old Nanaimo man was stopped in his tracks by the bark of a police dog early Monday morning.

Police arrested and charged Levi Rice for possession of break-in tools and an extendable baton, which is a restricted weapon, after responding to a 911 call from a Park Avenue homeowner who reported seeing the man allegedly stealing a chainsaw out of a neighbour's yard.

The suspect allegedly dropped the chainsaw when he realized he had been seen and took off on foot, according to police.

Police say they later stopped the man skateboarding down Nova Street before he pulled out a can of bear spray and attempted to hide it behind his leg.

“As soon as the suspect heard Hawk’s distinctive bark, he decided on the spot he had no interest in meeting Hawk up close and personal,” said Nanaimo RCMP spokesperson Const. Gary O’Brien.

“It’s probably the wisest decision he has made in a long time.”

The owner of the chainsaw has not yet been located.

Police said Rice will remain in custody until his next court appearance on July 2.